Shippers are in a crisis following a delay in the transportation of containers destined to Nairobi at the Mombasa Port that has persisted for the last one month attributed to damaged wagons.

The Shippers Council of Eastern Africa (SCEA) chief executive Gilbert Langat warned of “chaos” amid high demurrage costs, delayed payment of duty, and factories closing down as members mulled using trucks to transport the containers instead of the Standard Gauge Railway (SGR).

It emerged that KRC is doing an average of 7 – 8 trains daily against an optimal 11 trains per day.
It takes about 6 hours for KPA/KRC to load and offload a train against an ideal of 3hours.

In a circular, Langat told members that the number of containers awaiting railage to the Nairobi Inland Container Depot (ICD) has been between 1250 – 3000 twenty-foot equivalent units (TEUs) for last week.

This has now risen to over 4000 TEUS following the discharge of over 5330 this week, Naivasha bound ones had also not been dispatched.

“The situation is often worsened by batch arrivals of Vessels at the port, non-adherence to Free In and Out (FIFO) and now we are reliably told that several wagons are damaged,” said Langat.

Langat advised members to preplan imports to incorporate possible delays and also import using the Through Bill of Landing (TBL).

“With the foregoing, we wish to advise that you should pre-plan your imports to incorporate possible delays and also to import through TBL to cushion you against the unpredictable delay. Kindly negotiate favourable TBL rates,” he said.
He added that they’d continue to monitor and were engaging authorities and further asked them to seek port clearance in case they required imported raw material or urgent cargo from the Port.

“We also implore upon you to seek for Port Clearance should you require your imported raw material and or urgent cargo from the Port,” he said. 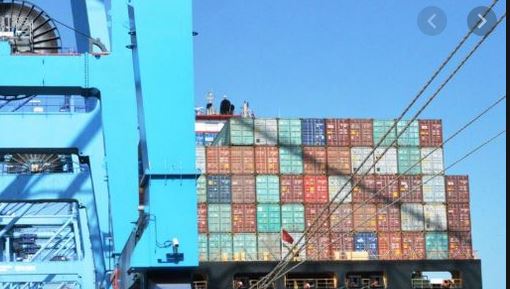 The Sh3.7b project is expected to resuscitate many shopping centres and towns, creating jobs in the process.