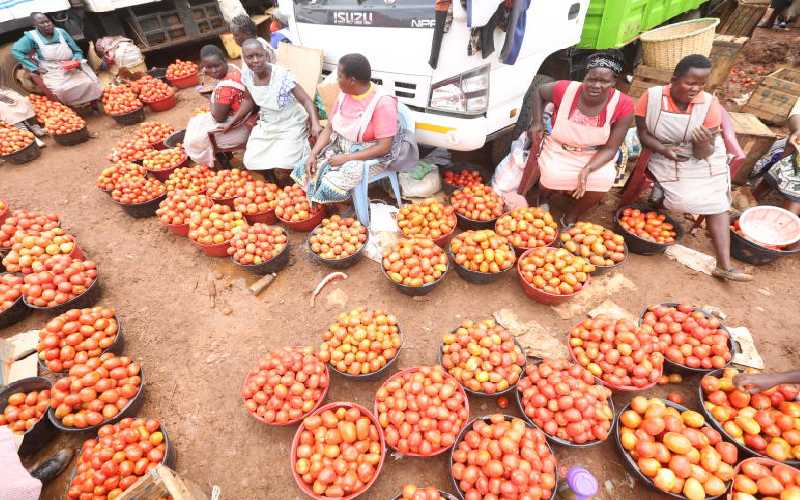 Shortage of some essential foodstuff has been reported in parts of the North Rift due to poor supply as fears of Covid-19 pandemic continues to rise. Retail and wholesale shops say the shortage has been caused by restrictions in movements occasioned by the curfew.  “As a business community, we are hard hit with the effects of coronavirus and businesses for small and medium enterprises are collapsing,” said Samuel Seroney, the Kenya National Chamber of Commerce and Industry (KNCCI), Nandi branch chairman.

Mr Seroney said markets in Nandi County have recorded shortage of tomatoes, onions, eggs, green maize and fruits that are commonly sourced from distant areas. “We support the government efforts in fighting the deadly disease, but it is also becoming a costly issue to business people,” said Seroney. The official said the little available food products have become expensive for ordinary citizens. Waive levies “Majority of residents in urban centres are now staying at home and this has seen some hotels, salons, among other businesses, shut down thus affecting the general economy,” he said. He urged both the county and national governments to waive any levies for operators who are still in business.

He added: “We hope we shall overcome this pandemic. We urge the government to in future provide cheap loans for businesses to recover.” A proprietor of a local chain store who did not wish to be named said shoppers continue to purchase essentials in bulk due to uncertainties over the pandemic. “We are seeing reduced supply of common foodstuff, majorly rice, sugar and maize flour, as demand continues to increase,” said the store owner in Nandi. Jeremiah Kosgei, a businessman dealing in maize in Eldoret, said the grains are also recording an increased price, with a 90kg bag fetching over Sh3,000, up from the Sh2,600. “We are also facing shortage because some large-scale farmers who still have last year’s grains are keeping it in case of shortages in the future. Maize prices in Nairobi and Mombasa have hit Sh3,400 and Sh3,600 respectively,” said Mr Kosgei.

In the last season, the government did not purchase produce from growers through the Strategic Food Reserve programme and some maize farmers still have their produce in stores.