NAIROBI, KENYA: Kenya risks losing the port of Mombasa to China's Exim Bank should the government default on paying loans.

A letter by Auditor General to Kenya Ports Authority (KPA) reveals that port's assets were charged as security to secure loans but KPA did not disclose this guarantee in the financial statements.

Edward Ouko's office says that KPA assets are exposed since the Authority signed agreement where it has been referred to as borrower under clause 17.5 of the loan agreement and any proceedings against its assets by the lender would not be protected by sovereign immunity.

"The agreement is biased since any non-performance or dispute with the China Exim bank would be referred to arbitration in China, whose fairness in resolving the disagreement may not be guaranteed," reads the auditor's letter signed by F.T Kimani for the Auditor General.

"KPA did not disclose these guarantee in the financial statements," says the letter. 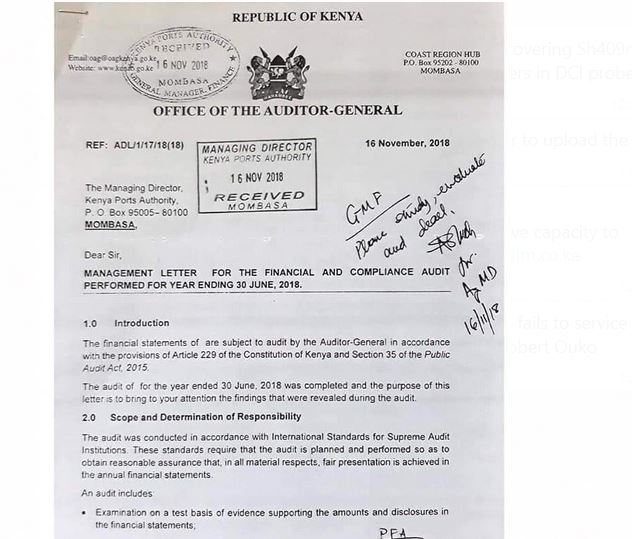 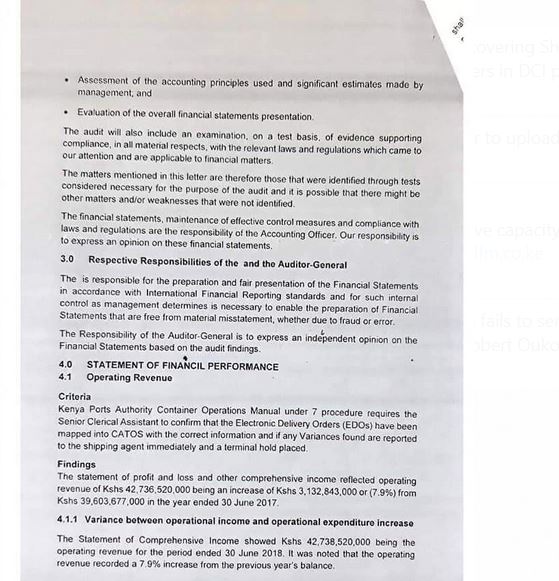 The world's second-largest economy now controls 66 per cent of Kenya's total bilateral debt, which stood at Sh722.6 billion as at June 2017.

This rivals multinational institutions such as the World Bank and United Nations, whose combined debt stock stood at Sh526.6 billion last year.

China's debt stock is almost certain to increase further this year as construction of the Standard Gauge Railway (SGR) enters its second phase, with Kenya said to have borrowed a further Sh165 billion for the extension of the railway line from Nairobi to Naivasha.

Kenya, which spent over Sh440 billion on SGR from Mombasa to Nairobi, is expected to pump a total of Sh1 trillion into the railway by the time it terminates at the border town of Malaba.

"In bilateral debt category, the stock of debt from the People's Republic of China grew by 52.8 per cent to Sh478.6 billion, accounting for 12.1 per cent of the total national government's debt position," says the Kenya National Bureau of Statistics in its 2018 Economic Survey.

China's s debt to Kenya has increased more than seven times from Sh63 billion in 2013, overtaking Japan as the country's leading bilateral lender to Kenya.

The change was largely driven by China's increased interest in the development of Kenya's infrastructure, with the game changer being the construction of the SGR.

But on Wednesday evening, Office of the Auditor General while responding to media reports has disowned the report, stating that it did not come from its offices.

“Our attention has been drawn to reports that OAG Kenya has released an audit report on Kenya Ports for FY 2017/18. This is to clarify that the Office has not released any such report,” reads the tweet.

Our attention has been drawn to reports that @OAG_Kenya has released an audit report on @Kenya_Ports for FY 2017/18. This is to clarify that the Office has not released any such report. — Auditor-General Kenya (@OAG_Kenya) December 19, 2018