America must seek an equal partnership

The first US-Africa leaders summit, dubbed ‘investing in the next generation,’ takes place in Washington next week, and many African heads will be in attendance to discuss the Obama ‘administration’s focus on trade and investment’ and its commitment to ‘Africa’s security, its democratic development and its people.’

Africa has become a key player in the international trade and investment in recent years, gaining mutual respect and partnership from world economic powerhouses. The most recent summits include those with Japan, EU and China; and the US does not wish to miss out on the opportunities offered by Africa, whose GDP has been the fastest growing in the world in the past decade.

In 2009, President Obama told Africans in Accra during his first visit to the continent that his government would build a strong, true partnership with Africa ‘grounded in mutual responsibility and mutual respect’. Five years down the road, that statement has remained  empty rhetoric.

China has held several meetings attended by nearly all African heads, and has established a $30 billion fund to assist the continent. Japan too did the same, and set up $30 billion aid programme.

At their summits, each leader had a one-one meeting with their counterparts to discuss individual relationships. In Washington, it is an ‘interactive’ session with no hope of bilateral talks!

What Africa needs today is trade and investment, not conditional aid. China is driving FDIs into Africa, particularly in infrastructure projects. It is the continent’s largest trading partner since 2010; its trade with Africa is now 2.7 times that of the US with the continent, amounting to over US$200 billion last year. African exports to China in 2013 amounted to $115 billion while imports from China was $85 billion. In contrast, Africa’s exports, including oil, to the US amounted to US$ 79 billion.

The US policy focuses on humanitarian, security, governance and social assistance. Its trade preference facility under AGOA has had minimal impact on growth of industry in Africa because of its restrictions and conditionalities.

The Bretton Woods institutions it hosts in Washington have lost significance because of their ‘imperialistic’ policies that have done little to fight poverty and bring about economic development. Indeed, the BRICKS countries have gone ahead to set up their own bank last month! Africa too in recent years has relied more on funding from AfDB to finance its infrastructure programme.

The US is often critical of China’s disregard for human rights and governance issues in Africa. But Africa sees the US actions as arrogance, and double standards. Just before our elections last year, the US told Kenyans that ‘choices have consequences’ if they elect UhuRuto because the duo faced charges at The Hague.

The pair had not been convicted, and remain innocent till proven guilty, but that did not stop the US from disregarding their commitment to mutual respect.

In recent months, the US government has taken further steps to reduce its presence in the country by relocating their activities, ostensibly to mitigate against insecurity. But the reality is far from that; it’s about teaching Kenya a lesson for being defiant, and about its growing relationship with the East. Kenya, like many other African countries, is engaged in a proxy war with terrorists; a conflict whose genesis is often centered around the global US policy actions, and which most sub-Saharan countries can ill-afford to fight. When Uganda recently passed a law to ban homosexuality, it was slapped with economic sanctions. And last week, African countries were warned they must accept Western values of sexual orientation, disguised as fundamental human rights or face sanctions. Africa has more fundamental challenges of human rights that needs global attention than gay rights. But more importantly, the African values and cultures need respect.

Clearly, the Obama administration has nothing to show on its stated commitment to Africa! It would be interesting to see how the US will endear itself to Africa economically without having to remind us ad nauseum that it is a super power! 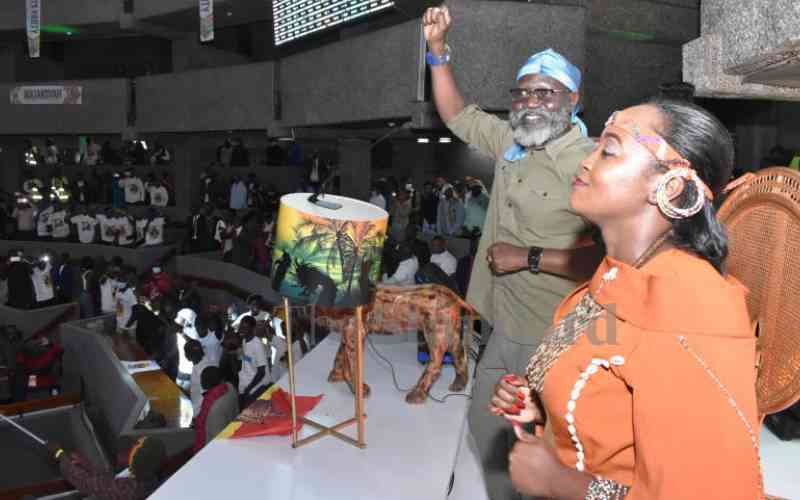 By Leonard Khafafa 1 hour ago
Premium Is Wajackoyah manifesto just taking youth for a ride?