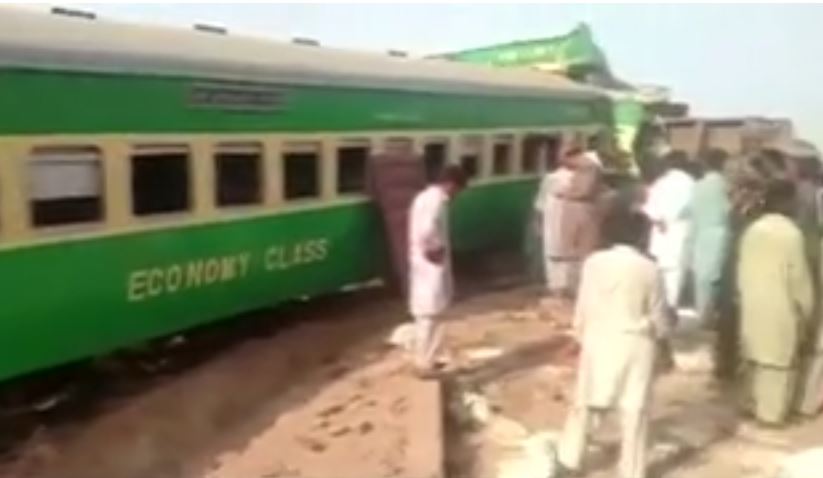 The Akbar Express, heading to the western city of Quetta from Lahore, crashed into the freight train in the Sadiqabad area of Punjab province’s southern Rahim Yar Khan district, destroying five carriages and trapping passengers.

Rescue workers freed the wounded by cutting through the twisted metal of the carriages and dozens were taken to hospital, police said.

Prime Minister Imran Khan issued a statement of condolence in which he blamed the infrastructure of Pakistan’s colonial-era railway network which has fallen into disrepair due to chronic under-investment and poor maintenance.

Last month, six people were killed when a freight train collided with a passenger train in Hyderabad 165 km (100 miles) from Karachi.

The cause of Thursday’s crash is under investigation but Railways Minister Sheikh Rasheed Ahmed said human error was believed to be responsible.

“I have ordered an inquiry. Investigation will complete in two-three days,” he told Geo Television.

The minister also announced compensation for the dead and injured.

The just ended inaugural Africa Wildlife Economy Summit held in Zimbabwe seems to have concluded in an anti-climax.

Protests outside Chinese embassy in UK over Beijing's treatment of Uyghurs
;
Feedback