Birds, fish and reptile population decline due to climate change 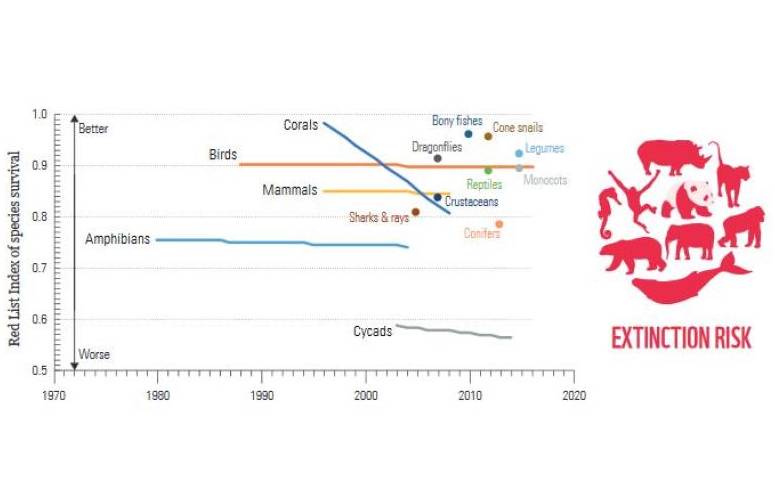 A new report by the World Wide Fund for Nature has revealed that Africa has experienced a 65 per cent biodiversity loss between 1970 and 2016.

The report titled Living Planet Index 2020 details that population of birds, fish, amphibians and reptiles are on the steep decline due to logging, climate change, poaching and unsustainable hunting.

The report, released last week, reveals that the global Living Planet Index (LPI) continues to decline. It shows an average 68 per cent decrease in population sizes of mammals, birds, amphibians, reptiles and fish between 1970 and 2016 across the globe.

The good, bad and ugly of EA’s crude oil project

To determine the Living Planet Index, the report tracked 20,811 population of mammals, birds, fish, reptiles and amphibians around the world.

Although Africa region is praised for being rich in biodiversity and the only remaining region on earth to have significant numbers of large mammals, it has recorded a decline of 65 per cent between 1970 and 2016.

“However, the data shows that abundance in the region has fallen by 65 per cent on average between 1970 and 2016. Invasive species and disease pose a big threat, alongside over-exploitation – particularly of fish and mammals as more than 35 per cent of the monitored populations for these two groups have declined,” the report notes.

The report says almost one in three freshwater species are threatened with extinction. The decline is recorded in freshwater amphibians, reptiles and fishes.

Pollution, over-exploitation and introduction of invasive species coupled up with sand mining in rivers are said to be some of the threats affecting freshwater species.

In addition to mammals, birds, reptiles, amphibians and fish, butterflies were noted as being on the decline as a result of overuse of pesticides.

While describing oceans as in ‘hot water’, overfishing, pollution and coastal development, among other pressures, are noted to have impacted oceans and seas.

Climate change is, however, projected to cause a growing spectrum of effects across marine ecosystems.

“Globally, climate change has not been the most important driver of the loss of biodiversity to date, yet in coming decades it is projected to become as, or more, important than the other drivers,” the report notes.

The number of documented plant extinctions, according to the report, is twice as many as for mammals, birds and amphibians combined.

Booksellers and shoe shiners are licensed to operate uptown but hawkers are now displaying wares.