No, religion has no place in lecture halls 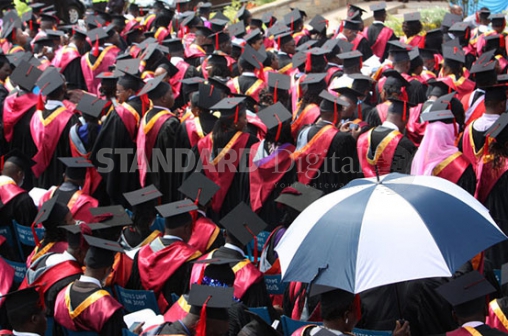 NAIROBI: I was on a Fly 540 flight next to Prof Chris Wanjala the day after his article ‘Can intellectuals be men and women of God?’ was published in this very space (The Standard on Saturday, June 4, 2016).

On our way from Kisumu to Nairobi, he pushed the piece to me (we had been so busy promoting creative writing in high schools in Western Kenya that weekend, I hadn’t quite combed through the papers as I usually do).

Now the esteemed prof, with that gentle Cheshire cat grin (that only Senator Amos Wako can compete with) and his cheerful nature, is an old man impossible to resist. So I read his article.

I was ‘appalled’ by my senior professor and academic mentor.

We shared a taxi from JKIA with the good old professor but my mind was racing faster than the cab. What angelic devil possessed Prof Chris Wanjala when he proposed, on a serious national newspaper, that the “teaching of religion be made compulsory at the university level’ and the ‘role of the intellectual in the Kenyan revolution be redefined”?

To begin with, which is this ongoing Kenyan revolution, and when was it televised?

I am no academic, but my small brains jumped like beans in a hot pod as I posed the question – which is this compulsory religion that will be taught at the university? Christianity? Is Professor Wanjala seriously proposing a twinning of academia and the ‘majority’ religion in Kenya, the way they twin politics and God in theocracies like the Ayatollah led Iran?

Speaking of which, what would happen to the many Muslim students in our universities? Would there be madrassa classes for these adults? What about minority groups like Hindus and rastas? In any case, the impracticality aside, Kenya already has many wholesome or otherwise partial Christian colleges – Daystar, Strathmore and the Catholic universities to name a few.

If one is zealous enough about religion, in any case, the Constitution allows you to join a convent, seminary or any other religious order, where one can even become a ‘Friar Wanjala’. The Governor of the Central Bank is, for example, said to be a member of the order of the Opus Dei, and has certainly taken the ‘daily upuzi’ out of not only the Central Bank but other ‘naughty’ financial institutions.

Of course the next logical level, once the good professor got on this dangerously deranged train of thought, was the suggestion that “brazen writers who discuss the human body and its natural functions without ‘blushing’ should be examined against the restrained Platonic, Hellenic and Christian values and if found wanting, their work excluded from the curriculum”.

I was just reading Chimamanda Adichie’s wonderful short story, A Private Experience where a Hausa woman trapped with an Igbo girl in a small store in Kano city excuses the effluvium of her feaces with the sentence ‘Sorry, oh! My stomach is bad. Everything happening today.’ (An ethno-religious massacre is going on, outside the store). Should Adichie be excluded for her unblushing body function references?

Ought I have censored myself in the terrible torture scenes of my novella Princess Adhis & the Naija Coca Brodas (Storymoja, 2012), yet they are essential in conveying the stone cold killer character of Godpapa? Or the African ritual human sacrifice scene in an upcoming novel, The Last Mile to fit into the unoriginal, constraining, ‘spiritual straitjacket’ that Prof Wanjala recommends?

Let this luminous light of the University of Nairobi cease his efforts to take us back to the Dark Ages by saying that “African individuals must conform to the ethical stance of the community”. We who belong only to the nation of writers, and the tribe of poets, must resist any attempts to limit our imagination and censor ourselves to please this nebulous ‘moral majority’ that Prof Wanjala wishes to ascribe all scribes to – from the Arabs at the Coast to his Bantu peoples in the Kingdom of No Nabongo.

‘Sisi tuna bongo!’ a Swahili writer, like Prof Ken Walibora, may sigh upon hearing of his forced conscription into this so-called triple heritage of Christianity, Islam and traditional African religion.

I once went on the warpath against a literary friend called Abenea Ndago for faulting us ‘modern’ Kenyan writers for not writing about events from a century ago because if you want to prescribe things, then my advice is that one should go and privately study pharmacy, and then play at the apothecary, and not dish out your ‘medicines’ to creative artists.

Wanjala seemed reproachful that since God is the source of all knowledge, then it is remiss of a professor in a Kenyan university to go an entire semester without invoking His name on burning issues.

We all watched a certain notorious politician from Central Kenya invoke the name of God in a church the other day, then shortly after say hateful things to a cheering congregation that could burn down the country.

Coming out of ‘prison’ five days later, one would have imagined the sly fellow was Paul, having seen the angel of the Lord in jail; and the fawning way the media broke the news of his going to break bread (by eating samaki) with his hitherto hated foe, one would have thought it was the miracle of the loaves and fish, breaking live on Kenyan television.

It is therefore a fallacy for the good professor to say that the exclusion of God from our academic discourses is responsible for the “moral laxity and the run-away corruption ravaging the Kenyan soul”.

Some of the most immoral folks roaming the streets and running their mouths these days are men of cloth on the pulpit. If you doubt this, just pick up a copy of this week’s The Nairobian.

The most corrupt politicians in Kenya today loudly proclaim ‘salvation’ every Sunday, thumb the Bible, then thumb their noses at God by chest-thumping as they corruptly steal money from everywhere to feather their nests, and prepare their war chests for next year’s general election.

One does not need to be a ‘spiritual’ poet like TS Eliot, or moral conundrum writer like Graham Greene as the professor suggested, to tackle these important societal issues. I have, in my new novella Run, Cheche, Run, and feel quite confident that Kenyan youth will respond powerfully to its message.

Healing the sick, feeding the hungry, reforming society and a general recurrent theme of poverty in literature are good things, as Prof Wanjala explicitly stated.

But what the Charles Dickens!

If you as an artist are inspired to write about a powerful but mentally sick ruler who tries to ‘reform’ society but only succeeds in deforming it by starving the hungry and sending families to die of disease in Siberia, that is also okay; because Stalin was stranger than fiction.

And it is by writing about the bad, sometimes more than the ‘good,’ that the artist sign posts society.

The writer is the author of ‘The Road to Eldoret & other stories.’

Dear Mr. President; you are our incumbent. Please command sanity now because even the state house is in Nairobi City!

By Ndungu Gachane | 11 months ago

Inside restoration plan to save chocking Tana Delta
;
Feedback