Hustler Fund noble, but tie up the loose ends

The Hustler Fund is a good initiative. At a time when the economy is in bad shape, it promises to stimulate the business environment by offering individuals and small businesses much-needed credit.

This might just help bring down the high level of unemployment occasioned by the lingering effects of Covid-19, external shocks such as the war in Ukraine and a crippling drought that has gutted the agricultural sector, the largest employer in rural Kenya.

With the fund, low-income individuals, popularly known by the moniker hustlers, can access loans ranging from Sh500 to Sh50,000. They can then repay at a relatively low interest rate of eight per cent per annum.

This is encouraging given that expensive digital loans have burdened a lot of Kenyans to the point of many juggling between several such facilities.

However, the conceptualision of the Hustler Fund leaves a lot to be desired. Unlike other digital credits, not much thought went into de-risking these micro-loans. Other than using the credit scoring tool maintained by credit reference bureaus, how else will those running the fund ensure the loans are paid? Is there a way of classifying 'hustler' so that the loans go only to those at the bottom of the pyramid and not the well off?

Even more unsettling is the fact that the first component of the loan is personal finance. Generally, these are loans for consumption, not for businesses. Such loans cannot help to grow the economy and create jobs.

Other funds, such as Uwezo Fund, though unsuccessful, were aimed at helping young people start and grow businesses. The government should put emphasis on the so-called hustlers such as mama mboga  as originally envisioned so that the fund can have a meaningful impact.

Finally, let us hope that this will not be a conduit for corruption as has been the case with some similar initiatives in the past. Let the money go to the hustlers, not to those with bottomless stomachs. 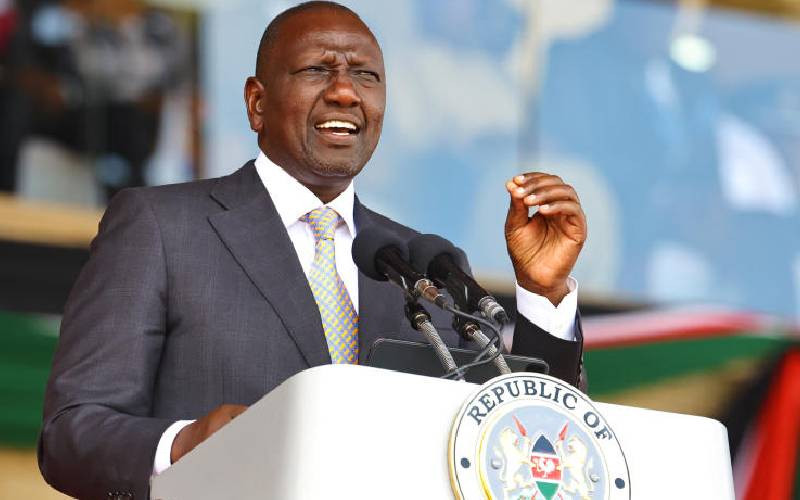 Premium Some glaring inconsistencies that undermine Rutonomics
Opinion
By Githieya Kimari
18 days ago
.

Premium Air pollution has left us with chest and eye complications, residents claim
Rift Valley
By Nathan Ochunge
1 hr ago
Premium Power sector bosses defend planned hike in electricity costs
Business
By Macharia Kamau
2 hrs ago
Premium Why cost of electricity will not come down soon
Financial Standard
By Macharia Kamau
3 hrs ago
30 days into 2023 ...
Cartoons
By Harrison Muriuki
4 hrs ago
.