How Africa is shown in popular video games

By Boniface Mithika | 3mos ago 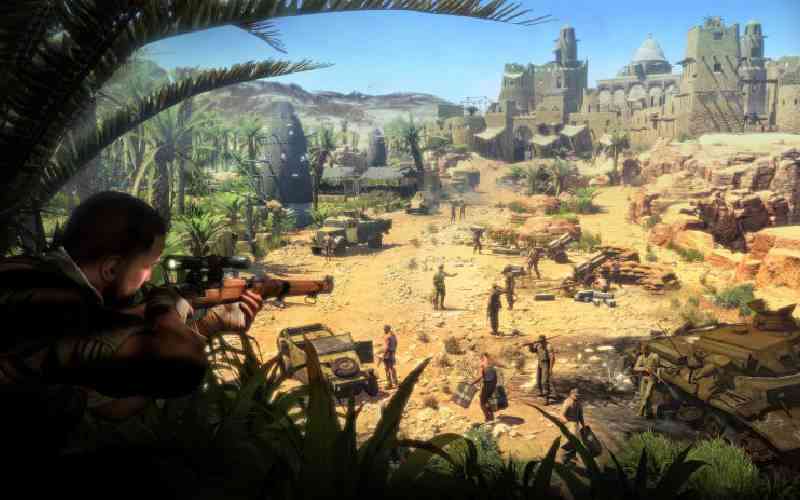 Africa has been termed the cradle of life. This is where everything begins it is rarely depicted in video games.

Yet with the growth of the industry days, the continent has been a source of inspiration for developers.

Some games have tapped into the rich ethnicity of Africa, albeit with some painting the continent negatively.

While Kenya alone boasts of some exciting games like Wings of Fury 3D, Mzito, Nganya Unlimited, MMC Racing, and others, a lot more can be bone.

Today we take a look at some games that have greatly borrowed from Africa.

The action shooter game developed by Ubisoft Montreal allowed players to see the beauty and dangers of Africa. The game explores an unspecified Central African country, torn by a civil war between two factions fighting over power, the United Front for Liberation and Labour (UFLL) and the Alliance for Popular Resistance (APR).

The game had a day-night cycle, dynamic weather changes, and a realistic fire simulation. The major gameplay was about a player starting a small fire on a dried-up savanna and watching it spread across swaths of land.

The bushfires were a helpful tool against enemies, as setting fire around their encampment and letting the elements do their work were easy ways to get rid of the opposing force.

This is another RPG developed by Ubisoft Montreal and was generally abandoning the “comforts” of modern-day Africa to explore its historical past.

The game is set in ancient Egypt, where a Medjay warrior became involved in an ancient conflict between two rival factions.

He explored the locations of the Nile’s delta and sought revenge on the people who killed his child and took part in the events that shaped the history of two powerful nations, the Kingdom of Egypt and the Roman Empire.

The Last Revelation is considered the chronologically last game of the first Tomb Raider series. The main protagonist, Lara Croft, travels to Egypt to stop her former mentor from unleashing Set, the Egyptian God of Destruction.

The game focuses on exploring the ancient tombs of pharaohs and ruins of once-majestic temples. Lara visits the Great Pyramid in Giza, the Valley of Kings, the Luxor temple complex, and many other locations set in Africa.

Although this game is set in Afghanistan during the Soviet-Afghan war the player gets to explore the Angola-Zaire border during the country’s civil war.

While Afghanistan is not an African country, the story around the civil war-torn border is extremely captivating.

This shooter game developed by Rebellion takes the player into the heart of the African front of World War II. They get to visit locations such as Tobruk, western Egypt, and Kasserine Pass throughout the game while battling against the Afrika Korps.

This action shooter game takes the player to ancient Egypt as Sam 'Serious' Stone, a warrior chosen to stop an alien invasion of Earth by destroying their plans.

Earth has been involved in a massive conflict between Mental, an evil extraterrestrial being who seeks to conquer all life in the universe, and Sam appears in Egypt during the time of the Pharaohs where he visits several locations collecting religious icons representing the four elements of Water, Earth, Air, and Fire while battling hordes of aliens sent by to stop him.

The 2009 game was instantly accused of racially stereotyping the black zombies and the white protagonist and did not augur well with a majority but after the brief first levels of exercising White Power on Kijuju villagers, the game moved to more classic Resident Evil locations.