By James Omoro | 2mos ago

A section of politicians has called on Nyanza to work with President William Ruto, saying the election season is over and it was time for nation-building.

They said the President has shown enthusiasm to carry every region along, including those that supported Azimio la Umoja One Kenya leader Raila Odinga in the August 9 General Election.

Led by former Nyatike MP Omondi Anyanga, the leaders said the nomination of Eliud Owalo as ICT Cabinet Secretary and Ruto’s visit to Homa Bay on Sunday was an indication that the President meant well for Luo Nyanza.

On Sunday, the Head of State attended a service at Homa Bay AIC church and met with local leaders, a gesture that showed his commitment to building bridges.

“It should dawn on us that the elections are over. Ruto is now the president of Kenya. We should work with him for the befit of our region and the country at large. We thank him for nominating Owalo and we are confident many more appointments are on the way,” Mr Anyanga told the Press yesterday.

Anyanga said it was reassuring that Ruto had not sidelined any part of Kenya or the Luo community for not having backed his presidential bid. “Real efforts to unite the country must begin and we are happy that none other than the President is leading the way,” he said 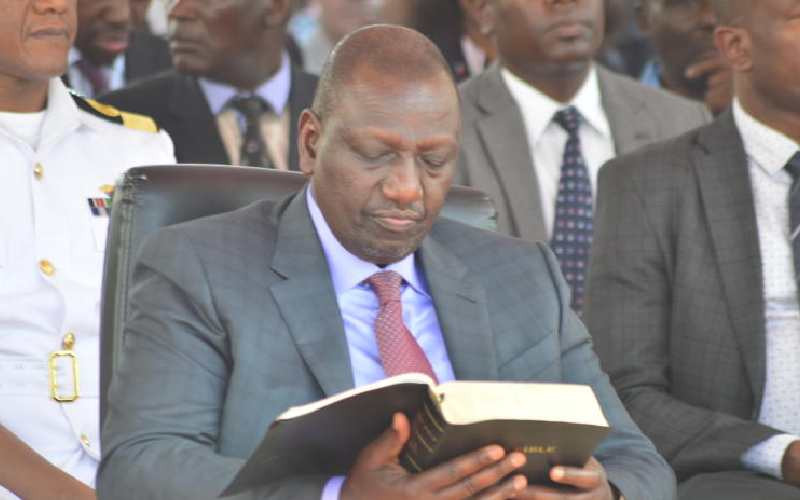 By AP 36 mins ago
France to make condoms free for anyone under 25, Macron says

By Xinhua 57 mins ago
Croatia coach Dalic: This is what we did to beat Brazil in World Cup quarterfinal