Why Kenyan women should not use Chinese herbal contraceptives

By Nathan Ochunge | 4mos ago 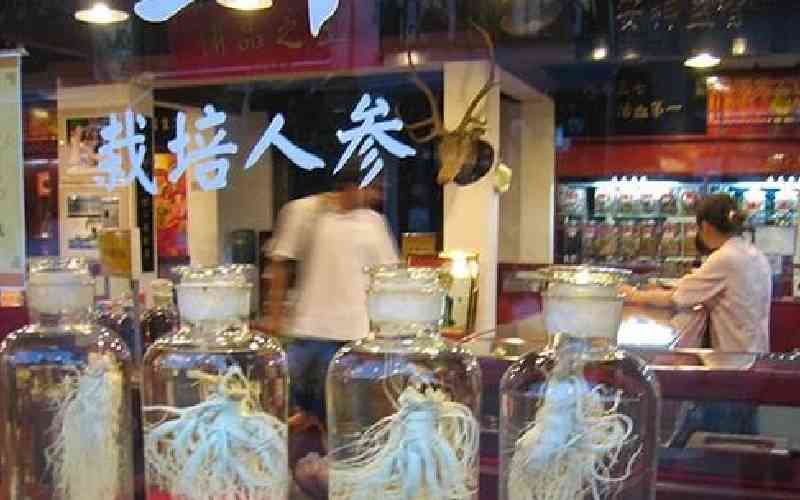 The Ministry of Health has warned women against using Chinese herbal contraceptives due to their adverse effects.

According to an official from the ministry, tests conducted by the University of Nairobi had shown that the birth control pills contain harmful chemicals.

The pill, taken once a month pill to prevent one from getting pregnant after having unprotected sexual intercourse, is said to be sold as a herbal contraceptive behind the back of the sector’s regulator, the Pharmacy and Poisons Board (PPB).

It is sold over the counter for between Sh200 and Sh500, depending on the manufacturer.

Ministry of Health's National Family Planning Programme Manager Albert Ndwiga said the pills are illegal and not registered by the Pharmacy and Poisons Board.

"They are sold under the guise that they are herbal to mean they have been manufactured from natural ingredients but from our research, they have been reported to cause adverse side effects to the women and the children they give birth to,” said Dr Ndwiga

This was revealed during a breakfast meeting organised by the Ministry of Health ahead of World Contraception Day.

During the meeting, it also emerged that in the 2021-2022 Financial Year, there was an increase in the number of women accessing contraceptives, especially young girls.

According to the Health ministry, the most preferred method was the implant with 2.7 million women going for it followed by injectable at 630,000 and daily emergency pills at 69,000.

However, the uptake of surgical contraception like vasectomy remained the lowest with some 500 men going for the procedure.

Vasectomy is an elective surgical procedure for male sterilisation. During the procedure, the male vasa deferentia (the ducts which convey sperms) are cut and tied to prevent sperm from entering the urethra thereby preventing fertilisation.

Speaking during the meeting, Ndwiga said the contraceptives cause excessive bleeding to the women, nausea, palpitations and to the extreme, the children they give birth to have deformities.

Ndwiga said when the drugs were taken to the laboratory for testing, they were found to contain high levels of progesterone and oestrogen.

An earlier analysis of the pill by the National Quality Control Laboratory (NQCL) whose findings led to the banning of the drug from the Kenyan market also found that the pills had high (over 40 times) levels of levonorgestrel and quinestrol hormones.

From the tests, some of the pills had over 3000mcg of estradiol, that is 100 times more than the recommended daily dosage of 30mcg.

“Children born by such mother’s present secondary sexual characteristics at a very early age with young girls developing breasts, some have enlarged breasts and an abnormally shaped uterus.

"For boys, they fail to develop their sexual characteristics. Children below three years also get slurred speech and unending pain in the muscles,” said Ndwiga

Dr Andrew Mulwa, the Acting Director of Medical Services, Head Directorate Preventive and Promotive Health, said that the booming business of Chinese herbal contraceptive pills is a criminal syndicate that brings into the country the outlawed drugs through the porous borders.

“The criminal enterprise is complicated and they will easily bypass the watch of the security agencies since they use uncouth means to ship in the drugs. The pills are harmful to our women and they should stop using them,” said Dr Mulwa

He added: “Women are also abusing the emergency contraceptives (E-pill) to prevent unwanted pregnancies. The problem is that they are using it daily yet it should be used between 2 and 3 times a year,”

Mulwa said their study had found that the E-pills are used by young and adolescent girls in large quantities over the weekend and Mondays when they record upsurge in their use, adding that when used for a long time, they cause infertility.

Karim Wanga, the Chief Principal Regulatory Officer in the Department of Product Safety at the Pharmacy and Poisons Board, said that they got wind of the Chinese pills in 2018.

Mr Wanga said the contraceptives were labelled in Chinese and the claim was that they were herbal birth control pills. But after tests, they were found to contain high level of hormones.

“We activated our surveillance systems and confiscated a consignment of the pills coming from Uganda at the Malaba border. The origin was not established but there was a claim that they were coming from Egypt, through Entebbe, and were being sneaked into the Kenyan market via Malaba border point,” said Wanga

He added: “The culprits were arrested and have a pending court case. We have not been able to get the facilities selling the pills since the women are asked to take it while at the facility under direct observed therapy. Thus it is difficult to get the samples being sneaked into the market,”

Wanga said the outlets selling them are not mainstream regulated pharmacies but they are found in the black market.

By Dennis Kabaara 1 hr ago
Premium A better take at Huduma Namba is not short-term fix for Kenyans
.