By Renson Mnyamwezi | 2mos ago

An error in selecting the right candidate to fly the ODM flag in the Taita Taveta governor race cost it the seat.

It has now been revealed that advice given by a group of Coast leaders on who should be given the direct ticket for the race was completely ignored, and a "weak" candidate was given the ticket.

While blaming the loss on the party's contentious primaries, Mung'aro and Madzayo said they had previously conducted a popularity survey that revealed Mwadime was far ahead of others in the governor race.

Mung'aro, speaking in Voi town, said he told ODM leader Raila Odinga to give Mwadime the direct ticket, but in vain. "I said the mood on the ground favoured Mwadime and that he was going to win the seat. My prediction came true, as he won the seat by a landslide," the governor said.

ODM gave Thomas Mwakwida a direct ticket, which earned him 2,139 votes in the August polls. Mwadime won with 49,901 votes. Former Governor Granton Samboja, who flew the Jubilee flag, finished second with 23,718 votes. "We knew Mwadime would win because he has the vision to transform the lives of the people in his community," Madzayo said.

Wiper won three parliamentary seats in Voi, Wundanyi, and Taveta constituencies, while Jubilee won the Mwatate seat. Only the Senatorial seat and five county assembly seats were won by ODM. Mwadime, who was with Madzayo and Mung'aro, told the locals to stop complaining about his recent appointments.

"There are rumors circulating that the four appointments I made recently were not deserving. I am still learning, and please give me time and support as I strive to fulfill my campaign promises," the governor said.

Mwadime said those who criticise his administration should also compliment him when he meets expectations.

He promised to launch "Bunge La Wanainchi" in the four constituencies, where matters affecting locals would be discussed. 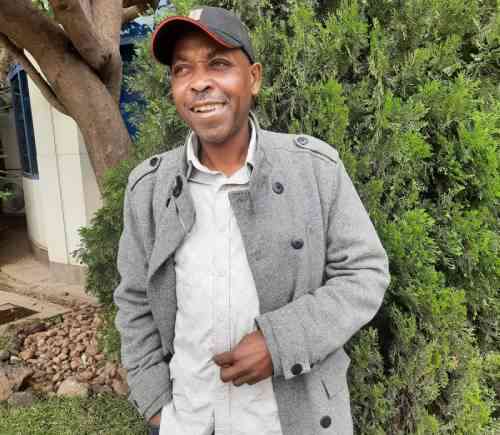 I was deported from Dubai because of alcoholism
Turning Point
By Jael Musumba
36 mins ago
Iran executes 4 people it says spied for Israel
Asia
By AP
1 hr ago
Premium Vihiga residents demand free county fertiliser, 'because it is our poop'
NEWS
By Bernard Lusigi
2 hrs ago
Orengo ready to work with Ruto but wants politics out of development
Politics
By Isaiah Gwengi
2 hrs ago
.