By Billow Khalid | 3mos ago

It’s the aim of elections to unite, and energise Kenyans with purposeful, exciting and achievable goals. Democracy as a system of government by the consent of the people is challenging and tough. It has high economic and social values and yet never easy. The alternative to democracy is tyranny and chaos. Democracy is the bedrock of modern civilisation. Our just concluded general elections of 9th August once again confirmed these basic attributes of democracy at work.

Kenyans are hard workers. They’re generally dreamers of a better country. They are positivists, the cup is a half-full nation. That is why when the day of elections came, they did not disappoint. They rose up with the sun and trooped into their respective election booths and voted in their six preferred candidates. The president, governors, senators, MPs, women representatives and MCAs.

According to IEBC, 14,213,027 people voted on 9 August. It was said this was 65.4 per cent voters’ turnout. Surely that was admirable turnout as it compares well with even those of advanced democracies like the USA where the Presidential voters’ turnout is normally about 66.8 percent. Congratulations to all those who won their respective seats. All Kenyans ask with a smile big enough for everyone is peace, effective, affordable, high-performing governments. They would say, “We would vote to make our Kenya work better and become more prosperous, equitable nation, simple”.

However, as it is normally expected, the results of the elections were received with mixed reactions. The chairman of IEBC, Wafula Chebukati declared Deputy President, William Ruto as the winner of the presidential polls. That made Ruto now the President-elect. However, Raila Odinga and his running mate, Martha Karua have since moved to the Supreme Court of seven judges to hear their “lorry full of explosive affidavits” of petitions against the declaration of Ruto as President-elect.

That is way it should be as it ensures we do not throw the baby out with the bathwater. The guardrails of our democracy and national greatness are the Constitution and other laws of the land. The country has to accept the verdict of the Supreme Court and move forward with stronger spirit of hope and satisfaction.

Despite all the amazing optimism of the voters, the elections were not without frictions, mistrusts, inefficiencies and tragic losses of dear lives of some like the late Returning Officer of Embakasi, Daniel Musyoka and serious injuries to others. It is in view of these unfortunate incidences and the high expectations of all Kenyans from their leaders that there are urgent needs for the winners of the elections to start now addressing the challenges to our democracy, devolution and development.

First, the challenges to our democracy. There are too many wrangles between political parties, ethnic and social divisions, poor use of public resources and low trust in our public institutions. Therefore, let the new leadership provide discipline which equals to freedom and take extreme ownerships of responsibilities to take Kenyans to the mountain tops of prosperity. Now we have seven new women governors. This is good progress.

Nairobi County has new governor with great visions and energy, Johnson Sakaja. Mombasa has a new governor, Abdullswamad Nassir. Both in Garissa and Wajir counties, the first term governors have regained their seats; Nathif Jama and Ahmed Abdullahi. There are good reasons to be very optimistic about Kenya’s democratic future everywhere. This is the moment for Kenya to begin overcoming Africa’s problems of “APEDDS – acquired professional, ethics, democracy, deficiency syndrome”.

Second, the challenges to our devolution. Kenya’s devolution is still in its initial stages. We are learning the ropes since devolution as a system of shared governance is only nine years old beginning from the elections of 2013. Some of the challenges that need to be addressed include the belief in the “Four Es” of the values of efficiency, effectiveness, economy and ethics. The public is being informed of unpaid bills in excess of Sh600 billion belonging to both the national and county governments.

Honour and better performance are being expected by the citizens. The purpose of the State is to enable ordinary citizens to do and achieve extraordinary things. Let us build our success on the good legacy left behind by President Mwai Kibaki and now President Uhuru Kenyatta.

Third, economic development is another challenge that needs to be addressed. The fighting of mass poverty, unemployment, inflation and learned hopelessness are some of the tough issues awaiting the election winners. Democracy is not only the right to vote. It is the right to live a life of dignity by all citizens. The other challenges include inadequate resources, uncertain political environment and the need for better road networks like the Isiolo – Wajir – Mandera Northern corridor road which was earmarked for Sh83b investment during the past two or so years. In short, it is time our leaders start addressing these challenges with passion to make Kenya “a galloping elephant”: a large nation yet united and growing very fast.

The writer is a Strategic Consultant based in Nairobi 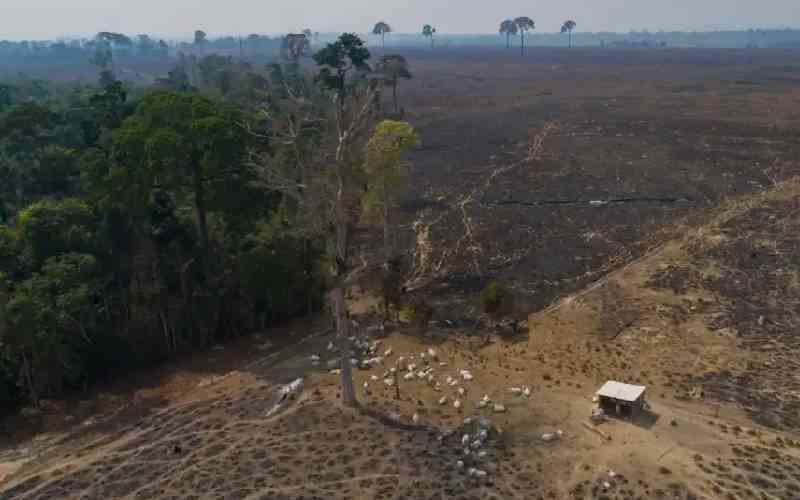