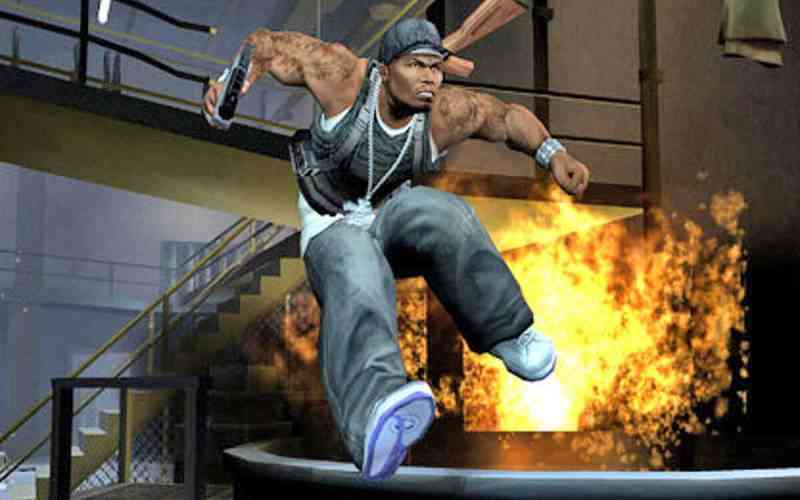 Hip hop has made its way into almost every area of popular culture. From film to fashion and everything in between.

In the gaming culture as well, hip hop has been well represented with games that feature artistes as well as their soundtracks.

As a player, your mission was to take out all the above rappers so you can face their leader D-Mob and get back Angel, the main protagonist’s love interest who Christina Milian voiced.

Creating your own disco at your own convenience has never been this easy. This game published in 2009 gave points by pressing points on the turntable and turning it into a controller by making new songs from mixes of the licensed songs in the game.

Many DJ and mix artists like DJ Shadow, Z-Trip, DJ AM, Grandmaster Flash, DJ Jazzy Jeff, Daft Punk, and Benny Benassi all contributed to the game by lending their images for playable avatars and the creation of mixes.

With no doubt, G-Unit was once the ‘it’. Apart from music, the franchise took to video games and this game revolve around 50 Cent getting dragged back into the criminal underworld and taking on one of New York’s most dangerous criminal organisations.

After getting a call for help from his former cellmate and friend, K Dog, 50 Cent decides to strap up and enlist the help of his G-Unit crew Lloyd Banks, the locksmith, Young Buck, and Tony Yayo, a demolition expert to save him.

During the rescue mission, 50 Cent is shot nine times, just like in his real-life story, and survives. 50 Cent then goes on a quest for vengeance against the hitmen who attempted to murder him. The game also featured Dr Dre, Eminem, and DJ Whoo Kid.

This was a sequel to 50 Cent: Bulletproof.  The third-person shooter video game centered around a fictional 50 Cent and G-Unit concert somewhere in the Middle East.

50 Cent and his crew hop into action after their payment, a diamond-encrusted skull is stolen, and they fight to get the stolen item back.

This was the first “rhythm game,” and players take control of a rapping dog named Parappa. In the game, you must help Parappa win the heart of a flower-like girl named Sunny Funny.

There were six stages in the game. One stage has Parappa learning how to fight by rapping alongside an onion, a Kung-Fu master, or spitting bars alongside a moose who is a driving instructor to get his license.

This game’s hip hop influence is clear in the game’s plot. Players take control of CJ, a former gangster who returns home after the death of his mother and is sucked back into a life of crime and rejoins his former gang.

He engages in all sorts of crimes, a replica of the West Coast hip hop, focusing on gang life, style, vernacular, and music.

Staten Island Hip-Hop collective Wu-Tang Clan’s love for the martial arts and old martial arts films led to the development of the game Wu-Tang Shaolin Style. Although the game didn’t feature the actual rappers in it.

It was based on their stage personas and they lent their voices for voiceover work and contributed to the game’s soundtrack.