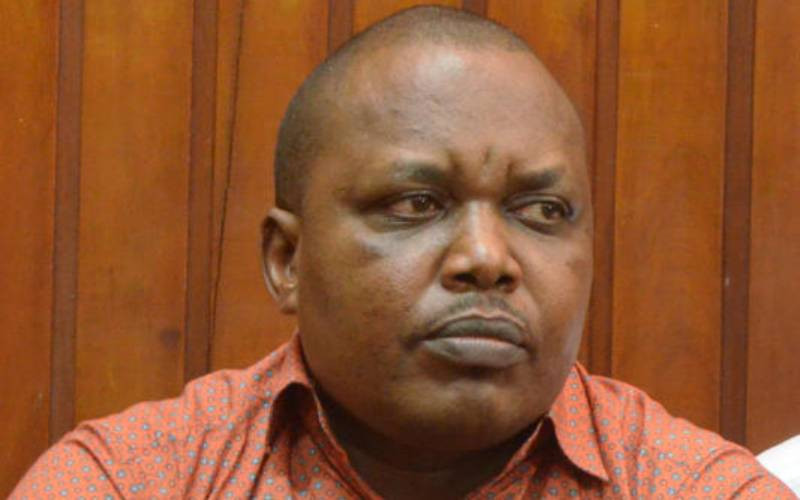 A warrant of arrest has been issued against former Lamu West MP Julius Ndegwa (pictured) for failing to attend court in a case where he is charged with land fraud.

On Thursday, Mombasa Chief Magistrate Martha Mutuku ordered the Anti-Fraud Unit to arrest Ndegwa, who is the running mate of Umra Omar (Safina) in the race for Lamu governor.

“You are hereby commanded to arrest forthwith the said accused person (Julius Ndegwa) and bring him before this court to be dealt with according to the law,” states the warrant signed by Mutuku dated July 14.

The Head of the Anti-Land Fraud Unit George Mutonye says he has dispatched a team of detectives to look for the former MP who is facing 10 counts of forgery and swindling Sh4 million.

Ndegwa allegedly swindled money from two businessmen on February 27, 2013, after selling them a 4.5-hectare land in Hindi, Lamu, that belonged to the late Omar Kola Barisa. The former MP allegedly forged Barisa’s signature.

He was also accused of using pretence to obtain an attorney certificate to sell land to Yusuf Sufi Abasheikh and Mohaddin Abasheikh for Sh4 million.

Ndegwa had denied the charges and was released on a Sh1 million cash bail.

Premium 'Constable' Bonventure: Alcohol almost ruined my acting career, but I'm back!
FEATURES
By Silas Nyamweya
15 mins ago
Dental health: How to take care of braces
Living
By Esther Muchene
40 mins ago
Premium How Mt Kenya voters paid two political debts in full in one election
Macharia Munene
By Macharia Munene
50 mins ago
Things you can cut out on when on a tight budget
Managing Your Money
By Esther Muchene
1 hr ago
.