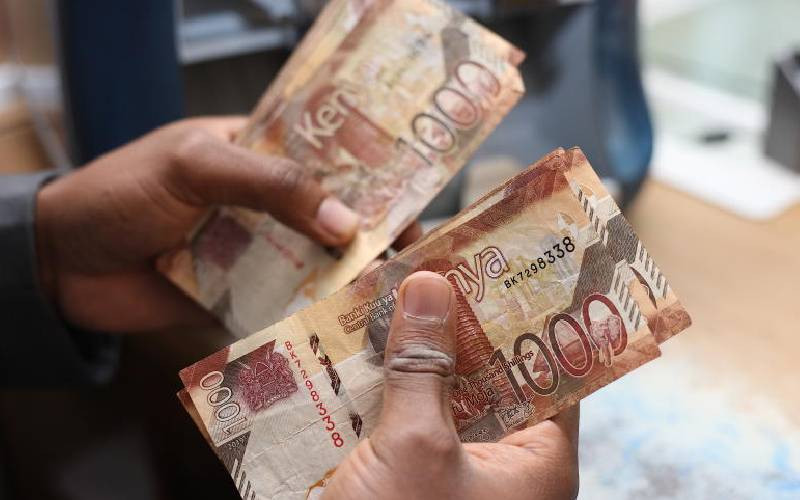 Kenya paid off a Chinese principal loan of Sh17.5 billion with another debt in the last financial year exposing the country’s limited reserves, a National Treasury document shows.

This even as the country restructured another Sh28 billion from the Exim Bank of China in what was aimed at giving it some breathing space in its debt repayment marathon in the Financial Year 2020-2021.

External Public Debt Register for the year ending June 2021, showed that in total, the country restructured debt — or that which its terms were changed to make them easier to pay back — stood at Sh34 billion.

A big chunk of the total external restructured debt, or 82.4 per cent, were Chinese loans.

The negative effects of the Covid-19 pandemic and reduced export and tourist earnings, made it difficult for the country to service its external debts.

Other debts that were restructured include those owed to France (Sh3.8 billion) Germany (Sh1.3 billion) and Spain (Sh884 million).

Because at times the country might not have enough revenues, especially foreign exchange currencies such as dollars, for a one-off settlement of a debt, it takes another loan to repay the one that has matured.

The National Treasury document doesn't break down where Kenya borrowed from to restructure the loans.

Germany, France, South Korea, Denmark, Italy, US, Belgium, Spain, Canada and Japan – under the Paris Club – were the first to agree to step in by offering Kenya a six-month debt repayment reprieve as its finances were buffeted by the pandemic.

Although the Paris Club members agreed to extend the moratorium to December 2021, China is reported to have turned down Kenya’s request for a debt service suspension of Sh32.8 billion due between July and December 2021.

This left the country with savings of a trifling $89 million (Sh10.05 billion) from Paris Club members who agreed to Kenya’s request for a debt freeze. As a result, the Kenyan Shilling weakened dramatically as the country raided its reserve of dollars to repay the loans due to non-Paris Club members including China in the six months to December this year.

China is Kenya’s largest bilateral lender, with an outstanding debt of Sh692 billion or 66.5 per cent of all bilateral loans, as by end of September 2021. The National Treasury officials revealed that they had requested all its bilateral creditors for debt service suspension estimated at $379 million (Sh42.8 billion).

“However, this amount is now projected to be lower at around $89 million (Sh10.05 billion) due to non-participation by some creditors,” said Kenyan authorities in a letter to the International Monetary Fund.

During the first phase (January to June 2021), Kenya obtained a debt suspension of $425 million (Sh45.5 billion), with China reluctantly joining other G-20 members in the debt service suspension initiative (DSSI) that was aimed at giving developing countries ravaged by Covid-19 pandemic reprieve in their debt repayment obligations.

During this period, China gave Kenya a debt repayment moratorium of Sh30 billion. However, the China Development Bank, another major Chinese lender, did not participate in the initiative.

China is said to have pushed back against Kenya’s request for the extension of the debt service holiday for another six months to December. Kenya is supposed to have paid China $558.4 million (Sh63.1 billion) between July and December 2021, according to data from the World Bank.

The repayment includes the first phase of the Standard Gauge Railway (SGR) from Mombasa to Nairobi, where Kenya was expected to pay Exim Bank of China about Sh10 billion.

This differs from the data given by Treasury in one of its reports showing that it paid Sh29.86 billion to China in three months between July and September.