By Jacinta Mutura | 8mos ago

Since he set his foot in Kenya in 1983, Father Hermann Borg had his mindset on two things: the pastoral assignment as a missionary and rehabilitation of the degraded environment.

Borg, a German, was sent to Subukia in Nakuru County and made up his mind to start a tree-planting initiative in Subukia valley.

For over three decades, he mobilised residents for tree planting drives in Subukia.

It is out of his passion for the environment that caught the attention of related agencies in Kenya.

Borg bagged an award from the National Environment Management Authority (Nema) last week for being a champion for the conservation of the environment.

Mamo B Mamo, the authority's director-general honoured the 78-year-old priest with a Certificate of Recognition and a trophy during a tree-planting drive at Subukia valley for his work for the environment and the community.

The drive brought together government officials and 5000 learners from 22 schools and 800,000 tree seed capsules were distributed across Subukia valley.

However, that was not the first time he has been recognised for his missions to rehabilitate water catchment areas.

In 2017, Borg was awarded by the Kenya Forest Service as one of the Unsung Heroes in conservation of forests.

The award was presented by the First Lady Margaret Kenyatta.

Borg has also received awards from Total Eco Challenge and United Religion Initiative -Africa for being an environmental steward through his Mother Nature Network.

The priest believes the  "the next World War will be about water" and being inspired by the hummingbird spirit to deal with the seemingly overwhelming environmental conservation, he decided to focus on forests.

But how did he get there?

Borg, a member of the Order of Friars Minor (OFM), arrived in Africa on April 19, 1983 and was posted to the OFM Mission in Lower Subukia.

He was ordained in 1971 as a priest and about 10 years into priesthood, he applied for a mission in Africa.

“At the time, the weather was unbearably hot due to degradation of the environment. People would migrate to find suitable land for farming and that was a challenge in the area.”

Father Borg came up with a tree-planting programme gave seedlings to the community for free.

Going by the 10-kilometre square they managed to cover, he estimates that he has planted over a million trees in Subukia valley.

"Initially, it was not easy to convince the people to plant trees because they didn't see it as a priority but they eventually agreed and we looked for the seedlings," said Borg.

The priest, working with the Ministry of Education, has introduced Mother Earth Club in schools to incorporate the younger generation in environment conservation.

“What motivates me is seeing schools in the area setting up tree nurseries with an intent of increasing tree cover. There is hope if the young generation takes up the responsibility to conserve the environment," said the priest.

Borg also noted that sufficient water would solve the challenge of illegal water abstraction in rivers for farming. This has been the cause of conflicts between human and wildlife and among communities.

However, the priest is concerned that there is reluctance in compensating conservation efforts through carbon credits. 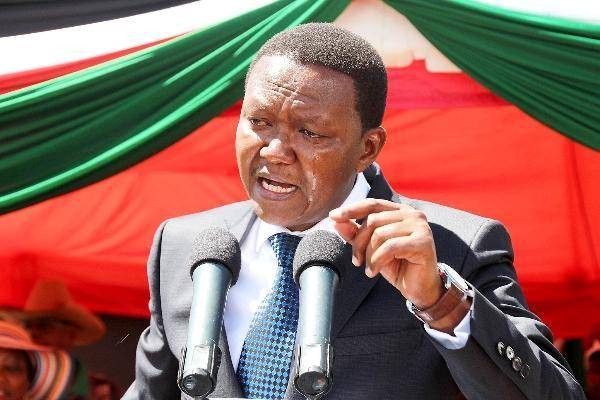 By James Omoro 51 mins ago
KCSE candidate dies after delivery