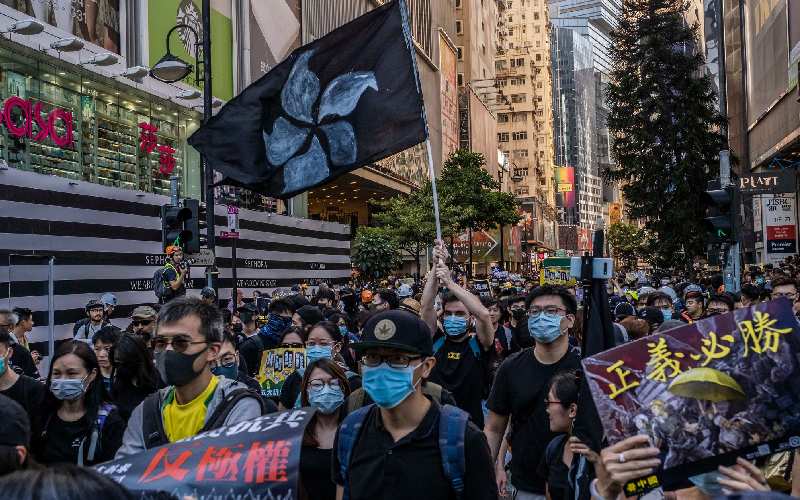 The case was adjourned to wait for their co-defendant - pro-democracy media tycoon Jimmy Lai - to be committed to the High Court for trial over an alleged conspiracy to call for sanctions against Hong Kong and China, the publication to run a global campaign pressure and impose sanctions on the territory or Beijing.

Li and Chan are reported to have admitted to conniving with the Apple Daily founder and his aide Mark Simon, as well as self-exiled activist Finn Lau last year between July 2020 and February 15, 2021, to run a global campaign to request external forces to impose sanctions on Hong Kong or China.

It comes as Beijing has intensified curbs on the media outlets in the territory as Stand News and Citizen News have been forced to close. Even two of the ex-editors of Stand News are put behind bars which drew massive criticism from the world including the US.

"The Hong Kong government's December 29 raid and arrest of seven senior staff at Stand News have forced yet another of the few remaining bastions of free and independent media in Hong Kong to cease operations. Journalism is not sedition," US Secretary of State Antony Blinken had said in a statement last week.

"We call on PRC and Hong Kong authorities to cease targeting Hong Kong's free and independent media and to immediately release those journalists and media executives who have been unjustly detained and charged," he added.

By AP 8 days ago
Myanmar state of emergency extended