By Jacob Ngetich and Moses Nyamori | 1yr ago 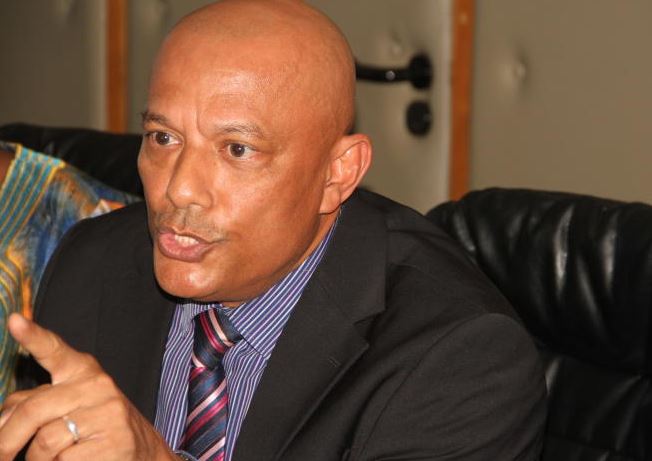 The Ethics and Anti-Corruption Commission (EACC) cited lack of impartiality in service delivery by officials holding such party positions.

The move is likely to put on the spot State officials who are doing bidding for politicians.

EACC boss Twalib Mbarak (pictured) said some officials in public service were getting involved in promotion or advancement of activities and affairs of political parties, including taking up positions in parties to the prejudice of public duties, and in contravention of provisions of the Constitution.

He said under Article 77 (2) of the Constitution, State officials are prohibited from holding positions in political parties.

“Accordingly, any appointed public officer falling in the above category is required to immediately resign from such office. Meanwhile, the commission, pursuant to its mandate, is undertaking investigations on various reported violation of this legal requirement,” said Mbarak.

“This prohibition is amplified under Section 23 of the Leadership and Integrity Act, 2012, which provides that an appointed officer shall not engage in any political activity that compromises or be seen to compromise the political neutrality of their office, subject to any laws relating to elections,” he said.

The law further bars public officials from publicly indicating their support for or opposition against any political party or candidate in an election.

"We know in the next two years, we have elections and we know political parties would want to align, get advisers and mobilisers. So if you are a PR person in public service and you want to act for a political party, you’ll have to make a choice," said Mbarak yesterday.

The commission said public officials, as trustees of the people, are expected to observe political neutrality and at all times direct their energies towards accountable, effective and efficient service delivery.

The anti-graft agency said the rationale of the restrictions is to ensure that public officials uphold impartiality and objectivity in service deliver and to avoid any conflict of interest.

Consequently, the commission has directed that all appointed State and public officials to refrain from any conduct that could be in contravention of the laws.

“The commission advises that any public officer who could be currently holding an office in a political party is in violation of the law and liable to the applicable sanctions, including action within their respective institutional codes of conduct and ethics,” EACC said.

Ruth Matete recalls horrific incident that left her back scarred
Showbiz
By Fay Ngina
9 mins ago
William Ruto's 100-day priority list to inform agenda as he 'opens' 13th Parliament
Politics
By Josphat Thiongó
18 mins ago
Moses Kuria: Controversies, employment history and rise to Cabinet
National
By Brian Okoth
20 mins ago
Five natural ways to increase the size of your breasts
Living
By Esther Muchene
38 mins ago
.