Why bald men are at higher risk of Covid-19

By Jennifer Rigby | 2yrs ago 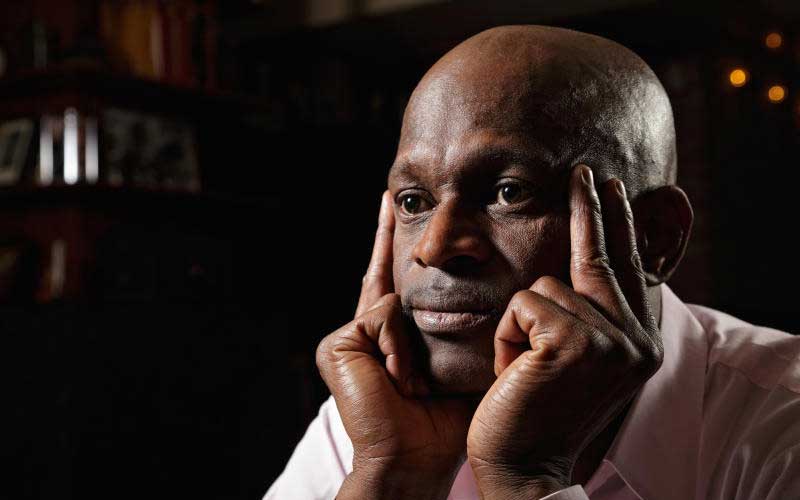 The link is so strong that some researchers are suggesting baldness should be considered a risk factor called the “Gabrin sign”, after the first US physician to die of Covid-19 in the United States, Dr Frank Gabrin, who was bald.

The lead author of the key study behind the association, Prof Carlos Wambier of Brown University, told The Telegraph: “We really think that baldness is a perfect predictor of severity.”

Data since the beginning of the outbreak in Wuhan, China, in January has shown that men are more likely to die after getting the coronavirus. In the UK, a report this week from Public Health England found that working-age males were twice as likely as females to die after being diagnosed with Covid-19.

Until recently, scientists have been at a loss at why this might be, pointing to factors such as lifestyle, smoking and immune system differences between the sexes. But increasingly they believe it could be because androgens - male sex hormones like testosterone - may play a part not only in hair loss, but also in boosting ability of coronavirus to attack cells.

This raises possibility that treatments suppressing these hormones, such as those used for baldness as well as diseases like prostate cancer, could be used to slow the virus down, giving patients time to fight it off.

“We think androgens or male hormones are definitely the gateway for the virus to enter our cells,” said Prof Wambier.

As well as the trial being discussed using baldness drugs in the US, a separate trial has been launched by Matthew Rettig, an oncologist at UC Los Angeles, in 200 veterans in Los Angeles, Seattle and New York, using prostate cancer drugs.

The trials follow two small studies in Spain led by Prof Wambier, which found that a disproportionately high number of men with male pattern baldness were admitted to hospital with Covid-19.

In one study, 79 per cent of the men suffering with Covid-19 in three Madrid hospitals were bald. The study of 122 patients, published in the Journal of the American Academy of Dermatology, followed an earlier piece of work among 41 patients in Spanish hospitals, which found 71 per cent were bald.

The background rate of baldness in white men of a similar age to the patients studied is between 31 and 53 per cent. A similar correlation was found in the study among the smaller numbers of women with hair loss linked to androgens.

Other scientists said more work needed to be done, but were excited by the potential link.

“Everybody is chasing a link between androgens …and the outcome of Covid-19,” Howard Soule, executive vice president at the Prostate Cancer Foundation, told Science Magazine.

Prostate cancer specialists are familiar with the role androgens can play in disease because in the prostate, the hormones stimulate an enzyme that boosts cancerous growth.

In April, researchers published a paper in the journal Cell, which showed that the enzyme TMPRSS2 is also involved in coronavirus infections. To infect a cell, coronaviruses - including the novel SARS-CoV-2, which causes Covid-19 - use what is called a ‘spike’ protein that binds to the cell’s membrane, a process that is activated by an enzyme. In this case, it appears that TMPRSS2 may be that enzyme.

Scientists do not yet know if the enzyme responds in the same way to androgens in the lungs as it does in the prostate, but other evidence appears to support the potential link.

A study from Veneto, Italy, of 9,280 patients found that men with prostate cancer who were on androgen-deprivation therapy - drugs that cut testosterone levels - were only a quarter as likely to contract Covid-19 as men with the disease who were on other treatments.

By Mate Tongola 22 mins ago
Japhet Koome: A profile of President Ruto's nominee for IG