Why Siaya is on the spot over Covid-19 preparedness

By Olivia Odhiambo and Isaiah Gwengi | 2yrs ago 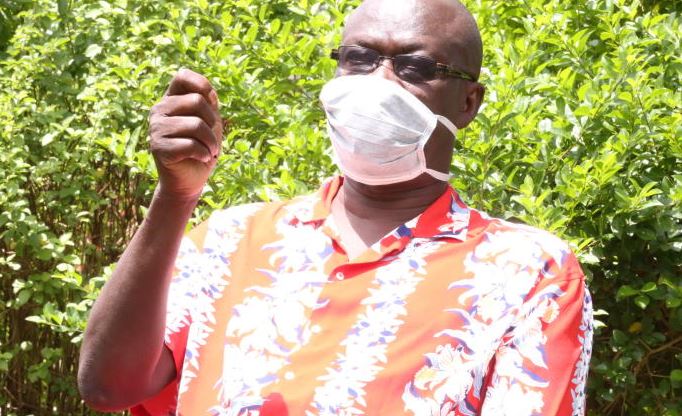 Top county officials in Siaya yesterday held day-long emergency meetings, a day after their ill-preparedness to combat Covid-19 was cited in a presidential address to the nation.

Tight-lipped and grim-faced health officials shuttled between county headquarters and governor Cornell Rasanga's (pictured) rural home in Segere, a day after President Uhuru Kenyatta hinted that ill-preparedness in some of the counties made him delay opening up the economy.

The president cited Siaya and Busia counties, whose failure to avail more beds in isolation centres reflected the general slow emergency preparations for a full-blown Covid-19 scenario. Uhuru said Siaya had a paltry 10 beds in its Covid-19 isolation, nine of which were already occupied with patients. Its neighbour, Busia, had all its 34 beds taken up by truck drivers.

The revelation became a wake-up call for the 47 counties, lit up social media with anger and plunged Siaya into a crisis with sources saying governor Rasanga threatened disciplinary action against some of his senior officers.

Rasanga declined to speak to the media, but sources close to him said he furiously rejected a report presented to him by a team of senior officials on the state of the county's Covid-19 preparedness.

"The governor is very annoyed. He is demanding answers," said the source who requested anonymity.

Hours after the president’s address, the county announced its intention to increase its isolation ward's bed capacity to 50. The 50-bed capacity Urenga Health Centre in Ugenya sub-county would be converted into an isolation ward.

Speaking to the media in Bondo, deputy governor James Okumbe said this becomes the second isolation centre after the first at Bondo Sub-County Hospital.

“This new development is aimed at increasing our isolation bed capacity to handle a possible surge in the number of positive coronavirus cases,” Okumbe said.

He said the county had begun modalities to convert Urenga to an isolation centre long before Uhuru's pronouncement and that the facility will soon start admitting patients.

“We currently have four Covid-19 patients in the isolation ward after four others recovered while one died before he was admitted in Bondo,” he said.

Health Executive Dorothy Owino insisted that the department was well-prepared to handle any cases of coronavirus, saying all the positive cases in the county were imported. She said besides the Covid-19 crisis, the county has revolutionised health services since the onset of devolution.

"We have built 25 dispensaries and 15 more are lined up. We have also put up 14 maternity wards in level 2 and 3 hospitals," said Mrs Owino.

Siaya's Covid-19 ill-preparedness has put its general performance under scrutiny, coming at a time the Controller of Budget has criticised counties of using a huge chunk of their budgets on re-current expenditure at the expense of development.

In its latest report, the Controller of Budget said the 47 counties spent Sh120.5 billion on recurrent expenditure in the first half of the year 2019/20.

By Titus Too 17 mins ago
Colleagues mourn Paul Gicheru as hard working, social