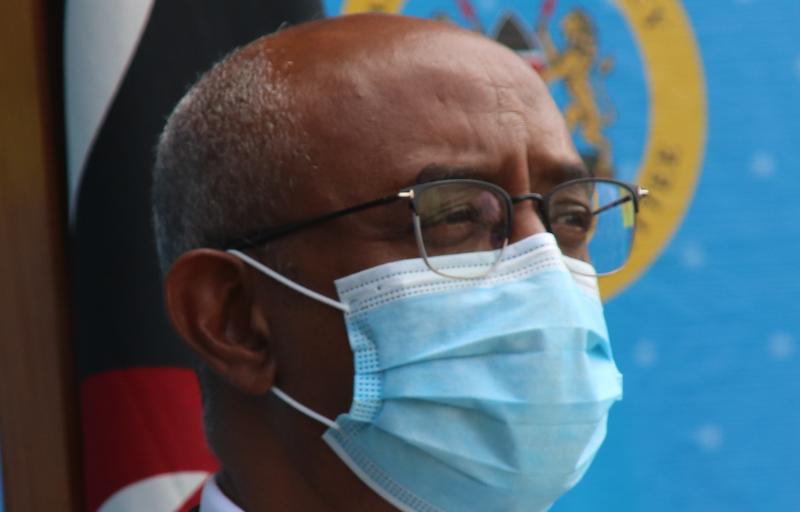 Kenya's confirmed coronavirus cases have risen to 715 after 15 more people tested positive for the virus, Health Chief Administrative Secretary (CAS) Rashid Aman has announced. Aman also announced that three more people have succumbed to the virus with two dying at their homes while one passed on while receiving treatment at the hospital. This brings the total number of fatalities in the country to 33. At the same time, the CAS said the number of recoveries in the last 24 hours rose to 259 after eight patients recovered and were discharged from hospitals.

The new cases include seven from Mombasa County, three from Migori, two from Wajir and one each from Machakos, Kiambu and Nairobi counties. The Mombasa cases are from Mvita (5), Jomvu (1) and Kisauni (1) while in Nairobi the one case is from Githurai 44. Of the 15 confirmed cases, 14 are Kenyans and one is a Rwandese. In the ministry's daily update on coronavirus cases in the country, Dr Aman revealed that the number of men who tested positive for the virus today, day 60 since Kenya confirmed its first case, was two times higher than that of the women. He also noted that two Tanzanians who wanted to cross over to Kenya had also tested positive for the virus and had been returned to their country.

Testing at the borders While admitting that many of our borders are porous, Dr Aman said the government was focusing on upscaling the security level at the border points to curb the cross-border transmission. A high-level delegation from the Health Ministry had been dispatched to Kajiado County to monitor the screening process at the borders. “Today I have dispatched a high-level delegation from the Ministry led by Dr. Patrick Amoth to Kajiado, the team will also pay a visit to the Namanga border to ascertain the measures we need to put in place to curtail cross border transmission,” Dr Aman. As today marked the International Nurses Day, the CAS acknowledged their sacrifices during the pandemic noting that the current situation had made it difficult for any celebrations to be conducted.