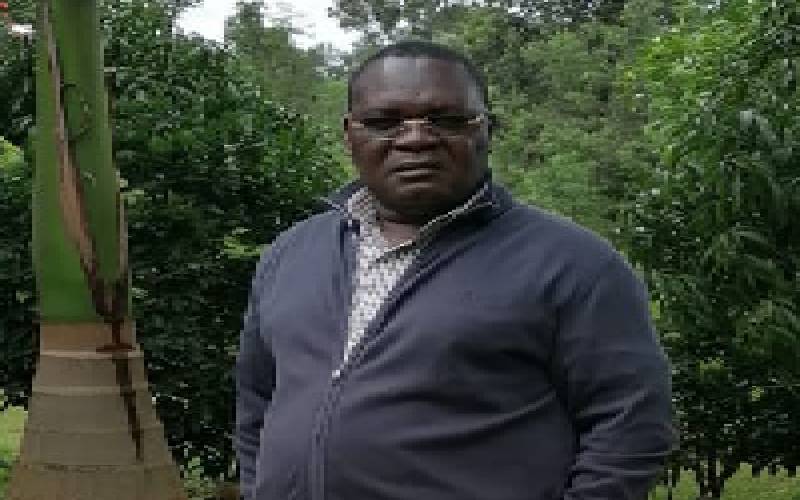 Former Nyatike MP Edick Anyanga has urged Inspector General of Police Hillary Mutyambai to probe police impersonators harassing, extorting and even attacking Kenyans for not wearing masks in Nairobi. Speaking to Standard Digital on phone, the former MP told Mutyambai to probe cases of attacks and extortion by a gang claiming to be plain cloth officers enforcing masks directive.  Anyanga (pictured) said the group that roams around high-end supermarkets and shops in Nairobi take advantage of the government's directive for Kenyans to wear masks to harass unsuspecting members of the public. He said the gang could be behind the recent killings blamed on police officers during the dusk to dawn curfew put to curb the spread of coronavirus. “Our police officers could be innocent, there is a dangerous gang roaming around in the city claiming to be cops,” he said. Anyanga who became a victim of the gang over the weekend narrated to Standard Digital how he was accosted by a group of men claiming to be police officers at a pharmacy shop in Nairobi’s Karen area on his way to buy drugs prompting him to alert the police. “I was roughed up by a heavily-built man claiming to be an officer, once my mask was off due to the pushing, he started shouting at me that I was not wearing a mask,” said the ex-MP. “After realising that I had alerted the police, they sped off in an old car towards Ngong town as the police gave chase.” Anyanga said it is a high-voltage con game that has seen many Kenyans attacked or extorted in busy shops and supermarkets in Nairobi. He said the group provokes their victims more so political leader to react so that they can take photos and use them to intimidate you on social media. “The moment you react by shouting back at them, pushing them or reaching for a gun if you are armed, their members at vantage points will take photos which they later use to extort you.” Anyanga told Kenyans to be alert of a gang of heavily-built men aged between 35 to 40 claiming to be police officers arresting those who don’t have masks only to end up extorting them without taking them the police station. “Once they threaten their victims that they will you to quarantine centres, you give in and the extortion begins.” Social media threats The ex-lawmaker wondered why police and DCI have left the con people to roam around in the city and on social media threatening their victims. “I hear they took to social media and spread my photos all over claiming I was walking without a mask and threatening them, this is illegal. The police must do something,” he said. The social media posts claiming the MP had threatened some individuals around Karen area were however deleted on Saturday night. Anyanga warned that if not tamed, the criminal activities associated with face mask directive will erode the gains made in the fight against the spread of the virus in the country. “The directive to wear masks was meant to curb the spread of the virus, but not to extort Kenyans, they must not be allowed to misuse a vital government directive.” In April, Mutyambai directed all Kenyans to wear masks and cautioned those who will fail to comply that they risk a fine of Sh20,000 or a six-month jail term or both to bolster the war against coronavirus.