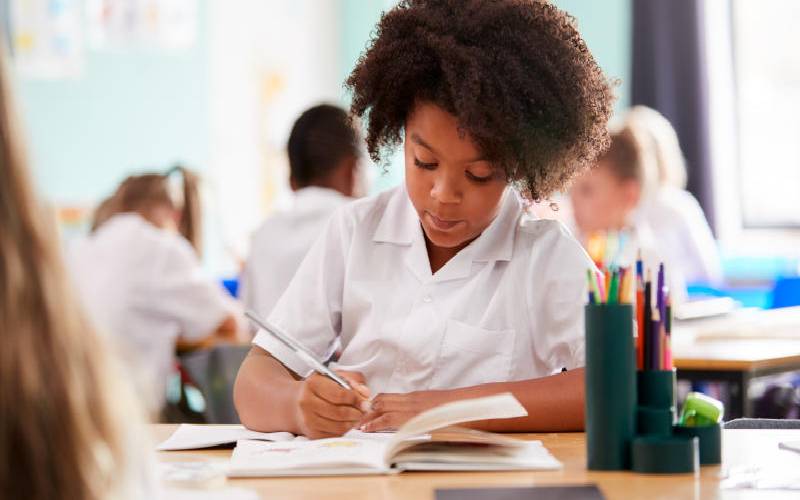 Kenya’s cumulative primary school enrolment has shrunk for the first time ever, new data shows. Currently, those in Grade Five (most were born in 2008 and 2009) make up the biggest class in the entire primary level, slightly more than the pupils in Grade Six. Population of those aged 0 to 4 cohort is roughly six million, less by about 200,000 for the 5-9, and a further 200,000 for the 10 to 14 age group.

Add to the fact child mortality is highest for the children below five, their numbers are likely to decrease even further. Birth rates in the last four years are lowest, and falling consistently, which could be a factor linked in part to tough economic times of the last decade. With enhanced access to education starting with the free primary education, women are staying longer in school and delaying getting babies – if at all. Fresh records obtained from the Economic Survey 2020 released yesterday indicates the population growth has consistently eased since 2010. Implications of the narrowing population in the lower age bracket mean in years to come, Kenya would be facing first world problems of an aging workforce.

It also means that interventions meant to contain the population explosion in the country in the midst of diminishing sense of community living and growing individualism are bearing fruit. “Total enrolment in primary schools went down by 4.5 per cent to 10.1 million in 2019 from 10.5 million in 2018,” said National Treasury Cabinet Secretary Ukur Yatani. Chaos in public schools occasioned by the surge in enrolment after the roll-out of free education informed the mushrooming of private educational facilities. Subsequently, education at all levels is emerging as a major contributor to the economic growth, accounting for seven per cent in 2019. Kenya National Bureau of Statistics compiled the data, which confirmed the declining fertility rates that have now manifested in the dipping in school enrolment.

“Though Kenya’s population is still youthful, the rate of increase has slowed down since the 2009 census, an indication of declining fertility…the pyramid shows that children less than 5 years old are fewer compared to those in the subsequent age cohort,” the agency reported. Mandera, Garissa, Marsabit and Wajir remain the hotspots for the population expansion, but they are evened out by the smaller households in Nairobi, Mombasa, Nyeri and Kirinyaga. Mr Yatani was speaking during the launch of the report that captures the broadest information about the country for last year, when the economy grew by a depressed rate of 5.4 per cent compared to 6.3 per cent in 2018. Manufacturing, President Uhuru Kenyatta’s development pillar for jobs creation, suffered major losses, expanding by a tiny 1.8 per cent compared to 5.6 per cent in the previous year. Most of the growth was attributed to the assembly of motor vehicles and increased production of alcoholic beverages. Both activities are, however, largely machine-driven. It would help explain why the Sh9.7 trillion-sized economy generated a paltry 67,800 new jobs in the formal sector, against the estimated one million individuals joining the workforce. The agency reported that the majority of the jobs were created in the informal sector. In total, some 768,000 new jobs were created in the informal sector in numbers that KNBS has always struggled to justify. Ravages of the Covid-19 pandemic are likely to stall the economy to a growth of a paltry 1.8 per cent in the worst-case scenario, according to Yatani’s projections for 2020. Horticultural exports and tourism, the two main foreign exchange earners, have been impacted heavily to inform the forecast. However, the predictions which suggest 2.5 growth rate in the most optimistic scenario, are all tied to how soon the coronavirus pandemic could be contained.   Yatani linked the sluggish economic growth reported for 2019 to slowdown in major key sectors including agriculture, manufacturing, construction and tourism. None of the sectors grew faster than the previous year except pockets such as insurance, logging, land transport and real estate. A prolonged drought in the first half of 2019 and heavy flooding in the second complicated matters for the country where agriculture is the main economic pillar. As a result, the agricultural output grew by a slower pace of 3.6 per cent, compared to 6 per cent in the previous year. “The decelerated growth was occasioned by the extreme weather phenomenon characterised by drought during the first half…followed by high rainfall in the second half that culminated in reduced production of selected crops,” Yatani reported. Tea production was down 6.9 per cent, sugarcane deliveries lower by 12.5 per cent while maize harvest declined by nearly 11 per cent. Production for both wheat and coffee was up 8.8 per cent, which is directly linked to the recorded rainfall patterns. With the Labour Day coming up this week, workers might demand better pay considering that the average growth in their pay through last year was only 2.7 per cent. 2018 was a better year as the average salaries rose 3.2 per cent, which was still less than half the rise in the cost of living. The public sector emerged as the better employer in 2019 after awarding employees handsome pay hikes.