Health & Science
Kenya’s Covid-19 death cases have risen to seven after one patient died in Mombasa. 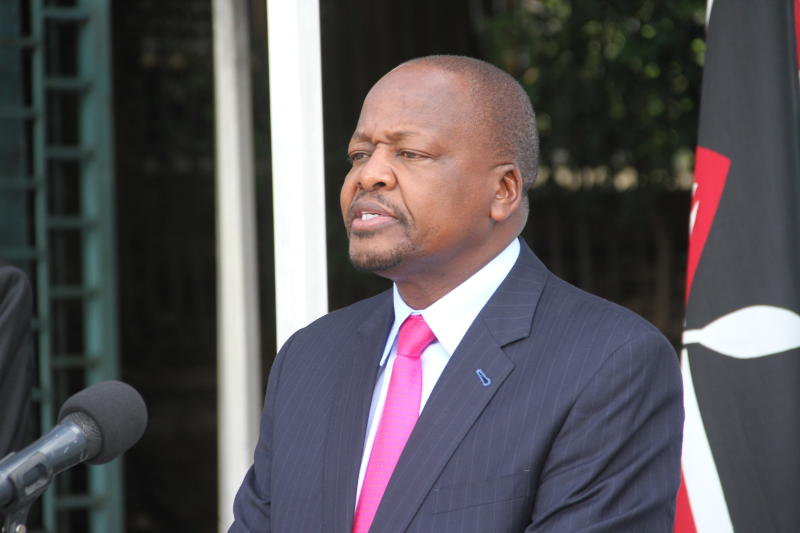 Kenya’s Covid-19 death cases have risen to seven after one patient died in Mombasa. Health CS Mutahi Kagwe (pictured) says the patient had other underlying medical conditions. In his daily update at Afya House, the CS said coronavirus cases in the country had risen by five bringing the total number of confirmed cases to 184.

SEE ALSO: Family with a dead body spends night at a roadblock

Of the five cases, three were Kenyans and two foreigners. Nairobi County recorded three cases while Mombasa reported two cases. The three Kenyans, according to the CS, had travelled from Tanzania, United Kingdom and United Arab Emirates. “Only one case was from mandatory quarantine while the rest were picked by our surveillance teams,” he said, adding they are aged between 39 and 77 years. The five have been moved into isolation facilities and tracing of contacts is ongoing.

Out of the 184 confirmed cases in the country, three were aged below 15 years, 49 are aged between 15 and 29 years, 119 people aged between 30 to 59 years and 13 were above 60 years. The CS noted the gains Kenyans had made in adhering to the measures set by the government in a bid to curb the spread of the virus.  “I want to acknowledge gains in collaborative efforts in the journey to combat covid-19. We are glad that people are incrementally noting that the disease is with us. We cannot afford to drop the ball at any time soon. We are called to move vigilantly until our curve is flattened which it has not,” he said. In Thursday’s update, Kagwe also turned the spotlight to boda-boda operators for flouting guidelines laid by the Government to curb the spread of Covid-19. He noted that despite the gains the country had made, boda-boda operators continued to challenge the law by not wearing masks and carrying more than one passenger.

“We have noted they are being used to flout movement restriction for designated counties. We will not hesitate to introduce stiff measures,” Kagwe said. At the same time, the CS accused the boda boda operators of violating the rule on movement to other counties. The Government on Monday banned the cessation of movement within the Nairobi Metropolitan Area after the region was declared among the hotspots for the virus. The CS also warned of stiffer regulations if traders, barbers and saloons will continue to disregard measures put in place to tame Covid-19 pandemic.