Boris Johnson's health "improves" but pandemic worsens in the UK 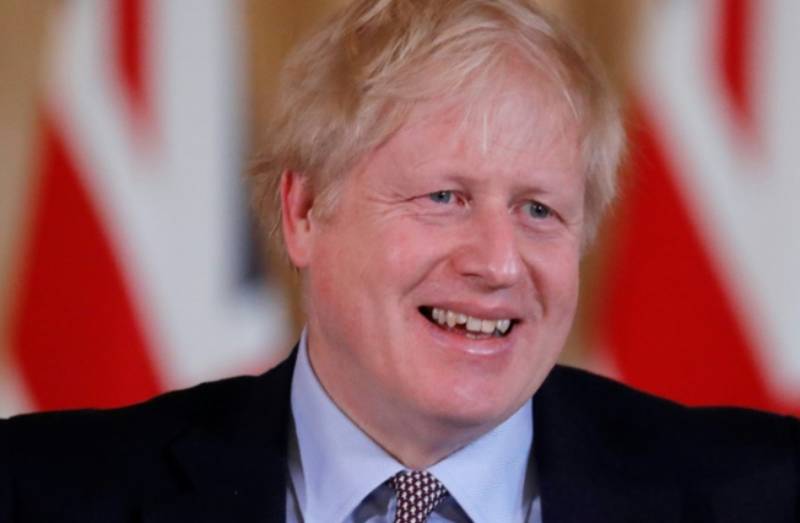 Prime Minister Boris Johnson's (pictured) state of health, suffering from new coronavirus, "improves" on Wednesday, but the pandemic's worsening in the United Kingdom worsens for the first time more than 900 deaths in 24 hours and more than 7,000 in total. The 55-year-old conservative leader remains in intensive care but his condition is "improving," said Finance Minister Rishi Sunak at the daily government conference. He was able to "sit on his bed" and "talk" with the caregivers, the minister said. "He is in good spirits" and has not been placed on a ventilator after receiving oxygen, a spokesman for the Prime Minister said earlier today.

The Sunday admission to the London hospital of St Thomas of the charismatic but divisive Prime Minister, then his transfer to intensive care the next evening, caused an electric shock in the United Kingdom, where the deaths add up by the hundreds every day. The country, which had been slow to follow its neighbors in terms of containment, is now one of the most severely affected in Europe. The health ministry recorded 938 deaths from the new coronavirus in 24 hours, a new record. In total, SARS-Covid-2 killed 7,097 people in the United Kingdom and officially infected 60,733 people. Aid to associations Foreign Minister Dominic Raab, responsible for replacing Boris Johnson, should be responsible for making a possible decision to extend the confinement, which has particularly painful social, economic and social consequences.

After deciding on exceptional support measures for companies so that they do not fire their employees during the crisis, the Minister of Finance announced aid of 750 million pounds (856 million euros) on Wednesday to keep the charitable sector. Part of this envelope, £ 370 million, will go to small local associations helping vulnerable people, for example by providing them with food or medicines. "Not uncontrolled" An extension of the confinement, originally decreed on March 23 for three weeks, will depend on scientific data "which will not be available until next week," said Rishi Sunak. It seems very likely: the authorities keep repeating that the peak of the pandemic must be crossed to consider easing. Despite the increasing number of deaths every day, there is "good news", with the spread of the disease which "does not accelerate in an uncontrolled manner", nevertheless stressed professor Angela McLean, at the conference Wednesday press release.

"Yesterday there were 5,492 new cases, the spread of the virus is not accelerating and this is good news," she said. The British authorities believe that the country will experience the peak of the pandemic in the coming days, but fear a loosening of social distancing measures given the good weather as the Easter weekend looms. According to a study published earlier this week by the Institute for Health Metrics at the University of Washington, the country could deplore up to 66,000 deaths during the first wave of the pandemic, out of a total of about 150,000 deaths expected in Europe. Until his hospitalization, Boris Johnson had tried to continue to lead the government from his apartment in Downing Street, where he was in quarantine. Very popular after his victory in the legislative elections in December when he undertook to implement the divorce from the European Union, he was nevertheless criticized for having delayed adopting containment measures against the pandemic.