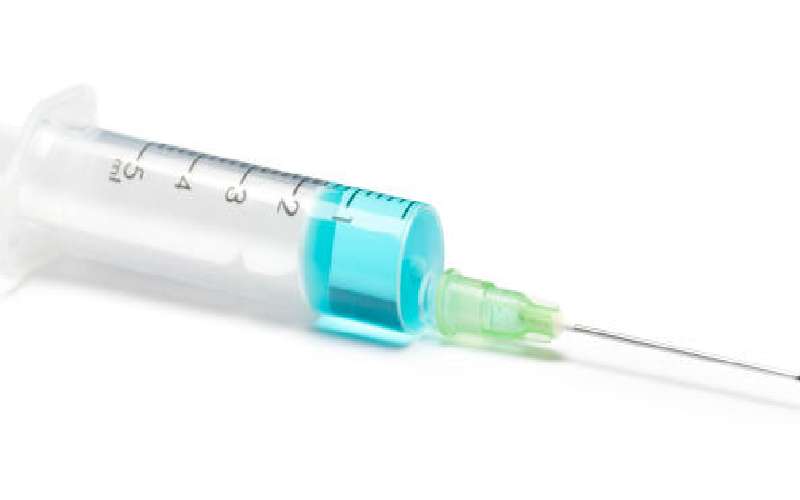 The Busia County government has released Sh42.8 million as compensation for 28 children who developed complications after receiving a malaria injection at a public clinic in 2015. The payout follows a 2017 ruling by Resident Magistrate Josephine Maragia, who said the children were victims of professional negligence. The court noted the victims were not given proper diagnosis and treatment by a competent medical practitioner.

The children developed various complications, including paralysis, after receiving the injection at Akichelesit dispensary in Teso North Constituency. Some of them suffered permanent disabilities. The payment has came as a major relief to parents who have had to dig deeper into their pockets to support their children, including specialised treatment. Some of the victims’ parents said the money, released last week, will help them take care of their children. Emmanuel Omonya’s 10-year-old daughter Cate Atenge’s left leg was paralysed. One of her knees is stiff. Atenge has to use crutches.

Omonya said his daughter’s life has never been the same after the incident. He said his mother has to massage her leg with milking jelly every morning to ease the pain. He said he will use to money to seek specialised treatment for the girl. “The money may not return my daughter’s life to how it was before the incident but I am happy the county government has compensated her. We have been waiting for the county government to act for a long time,” he said. He added: “My daughter has suffered a lot. She struggles to walk. I may have to buy her a wheelchair to make it easier for her to move around and go to school.” Atenge is a pupil at St Mary’s Primary School, which is 700 metres away from their home.

SEE ALSO: Busia runs out of space for covid-19 patients

Omonya said his wife miscarried and died in 2018 due to stress after learning their daughter was paralysed. “This girl needs physiotherapy but I could not afford it. I hope she will now get the treatment she needs,” he said. Abel Okiror was present to witness the cheque being handed over to their lawyer. His daughter Vivian Asere, 11, is paralysed in the right side. The Class Four pupil has been struggling to walk. Okiror appealed to parents of those affected to use the money to get their children proper treatment. “Let us use the money to improve the lives of the children who have suffered so much so they will not have to ask us one day what happened to the money that was paid to them,” he said. Evalyne Barasa’s children, Gideon Wekesa, 12, and Shielda Nekesa, 10, were victims of the botched injection. It affected their backs and left legs. Evalyne, a widow, said she has to massage her children every now and then to ease their pain. She said while she is sad that her children cannot play with their colleagues as they did before, she is happy that they have been compensated. Doctors continue Deputy Governor Moses Mulomi, who gave out the cheque, said they will ensure doctors continue attending to the affected children. Mr Mulomi said another Sh19 million, part of the compensation, will be released in the next financial year. “We are pleading with the parents of the affected children to ensure the victims benefit from this money,” Mulomi said. He continued: “We are going to keep a close eye on the children, especially those who suffered serious injuries, with a view to ensure they get required medication.” Mathew Edejai, who is also a parent of one of the affected children, called on the county government to keep its promise to release the remaining amount in the next fiscal year. “It has been a painful experience for us. We do not expect the county to take us in circles again,” said Edejai. The victim’s lawyer, Mr Bernard Ombui, told The Standard yesterday that a chunk of the money will go towards treatment of the children.

Hitch in clearing trucks in Uganda hinders flow at border