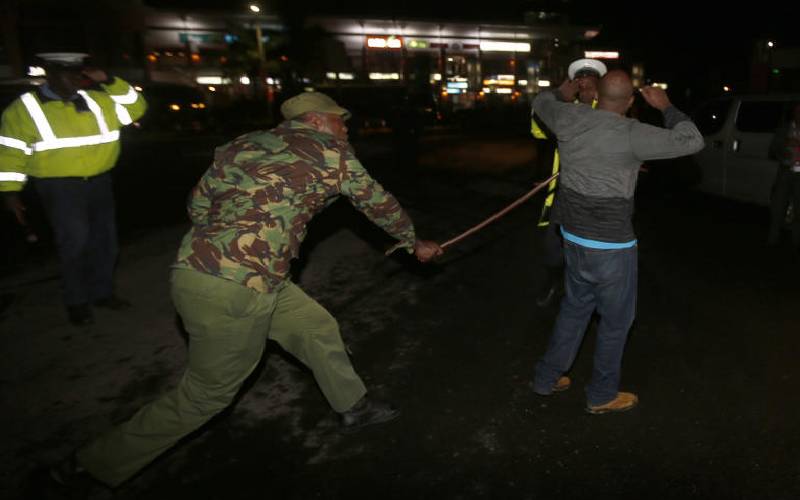 In the wake of the coronavirus crisis, governments across the world, including in Kenya, have adopted far-reaching measures in response and these have raised concerns about human rights violations. Globally, the measures have ranged from prohibition of public gatherings, closure of bars and restaurants to locking down entire cities. In Kenya, the government has ordered the closure of learning institutions, made it mandatory to self-quarantine for all who have entered the country in the recent past, limited the movement of prisoners and stopped prison visits, while the Judiciary has scaled down operations, among other measures.

There have also been arrests on allegations of spreading fake news on the coronavirus, while a clinic was shut down for purporting to sell test kits for Covid-19. The Health CS has threatened the jailing of those expected to self-quarantine but do not, while some have gone as far as urging the government to declare a state of emergency. While there is no doubt about the public interest that the government seeks to safeguard, namely public health, it is also an opportune time to increase vigilance against possible government excesses and human rights violations in the current crisis. Kenya is a State party to the International Covenant on Civil and Political Rights (ICCPR) and therefore legally bound by the obligations therein. Under the ICCPR, the following rights can be limited on grounds of public health: the right to liberty of movement, the right to freedom of thought, conscience and religion, the right to freedom of expression, the right of peaceful assembly and the right to freedom of association with others. There is now consensus, internationally, that such limitations are to be guided by certain principles, some of which are captured under Article 24 of the Constitution. The Constitution stipulates that a right or fundamental freedom can only be limited by law and only to the extent that the limitation is reasonable and justifiable in an open and democratic society.

The limitation must be based on human dignity, equality and freedom. Further, in limiting a right, the State must consider the relation between the limitation and the purpose of the limitation, and if there are less restrictive means to achieve the purpose. International and domestic human rights courts, including ours, concur that there are four questions that must be answered in the affirmative if a measure limiting a human right is to be considered lawful. Firstly, is there a legal basis for the measure limiting the right? Secondly, does the limitation on the right pursue a legitimate aim, such as respect of the rights or reputations of others, the protection of national security, the maintenance of public order or public health or morals? Thirdly, if so, is the limitation necessary to achieve the legitimate aim, and is the extent of the limitation proportionate in pursuit of the identified legitimate aim? Fourthly, does the restriction respect the principle of equality and non-discrimination? Legal basis

SEE ALSO: Only 479 days to go: Tokyo resets the clock on Olympics

In view of the above, during this coronavirus crisis, every time the president, Health CS or other official announces measures that seek to limit rights and freedoms, such as those of movement, expression, assembly, association and others, Kenyans must demand to know the legal basis for the same. When the Heath CS threatens to jail persons who do not adhere to directives on isolation, he must be reminded that the High Court has already declared in the case of Daniel Ng’etich and 2 Others vs The Attorney General & 3 Others that Section 27 of the Public Health Act does not authorise the confinement of persons suffering from infectious diseases in prison facilities for the purposes of treatment, and that such measures are unconstitutional. When the government warns against the spread of fake news on the coronavirus crisis, Kenyans must be vigilant to ensure it is not unnecessarily restricting the free flow of information on the situation, particularly through social media. Should an expansive lockdown become necessary, we must demand that in such severe restrictions on movement, slum dwellers, persons with disabilities, the elderly, the unemployed who live from hand to mouth and other vulnerable groups are not affected in a disproportionate and discriminatory manner. Importantly, declaration of a state of emergency should be a measure of last resort and even then, this is only justifiable if the state can demonstrate that the situation constitutes a threat to the life of the nation. Measures taken thereafter, and which would lawfully permit derogation from human rights, must be those that are strictly required by the exigencies of this crisis.

In sum, as the government responds to the coronavirus pandemic, respect for human rights should not be an afterthought but at the heart of the response. The government must consistently provide justifications for all measures being taken, guided by our Constitution and international human rights law. Mr Kahuthia is an advocate of the High Court.