Nairobi
Meanwhile, three MCAs are also on self-quarantine after travelling back into the country recently. 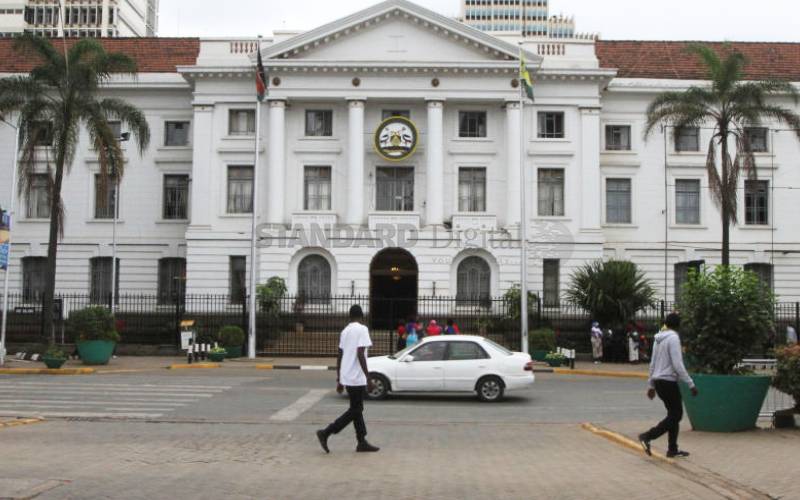 Two senior Nairobi City County officials are now under self-quarantine after returning from Dubai last week. Environment Executive Larry Wambua and deputy governor nominee Anne Mwenda, who also doubles up as Disaster Management and Coordination chief officer, attended a conference in Dubai last week and are now in isolation. Shortly after arriving in the country, the two accompanied a team of officials to State House for a meeting on Sunday after meeting Governor Mike Sonko shortly in his private Upper Hill office.

An officer privy to the happenings said the duo was accompanied to State House by executives and chief officers of departments whose functions were taken over by the national government. They are said to have met with the Head of Public Service Joseph Kinyua. Also present at the meeting was Nairobi Metropolitan Services (NMS) Director General Mohamed Badi and his deputy Enosh Momanyi. “Let us hope that the duo will not test positive because if they do we are doomed. We have been holding daily meetings with the NMS team at KICC and handing over reports and budgets at Harambee House,” said a City Hall official close to the two. When sought for comment, Ms Mwenda confirmed having flown to Dubai and returning on Tuesday last week. She said she had self-quarantined before attending the State House meeting. Mwenda also said she had been tested in Dubai before boarding the plane back home and that she and her colleague had observed social distancing while holding the numerous meetings from last week.

“I was tested in Dubai and when I arrived I went on self-quarantine until we were told we were urgently needed at State House. We did social distancing before and during the meeting before coming back to the house where I have not left again,” she stated. Conduct tests Mwenda, who had been nominated by Sonko to deputies him in running the capital, however, said she had not displayed any symptoms associated with the Covid-19. She said she will be conducting another test after eight days in self-quarantine. Wambua said he had been following the Ministry of Health guidelines and had secluded himself in his house for the past week. Meanwhile, three MCAs are also on self-quarantine after travelling back into the country recently.

One of the ward reps had travelled back from Germany in February while the other two had visited African countries where there are confirmed cases of coronavirus.

Nairobi needs a strong broom, but must military take over?