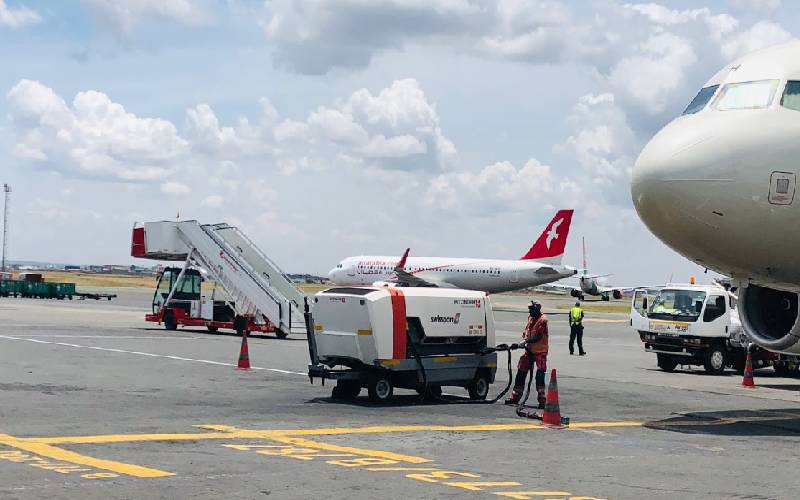 The Directorate of Criminal Investigations (DCI) has arrested a pilot suspected to have been part of the Sh39 billion military equipment scam.  Subow Mohamed Ahmed, a pilot working with a local Aviation company was on Saturday arrested at Jomo Kenyatta International Airport (JKIA) following stop orders by DCI. According to DCI, detectives based at JKI pounced on Mohamed at the airport on Saturday morning.

"On the strength of a stop order issued by DCI headquarters' investigations bureau, detectives based at JKIA have arrested Subow Mohamed Ahmed," DCI posted on its official Twitter handle. "Subow is wanted in connection with Investigations into the Sh39 billion fake arms deal," added the DCI. It was not clear what role the pilot could have played in the scandal, but the arrest comes after DCI boss George Kinoti promised to quiz culprits linked to the scandal. The investigations into the scandal became complicated following the murder of Sergeant Kipyegon Kenei, an AP officers who was on duty when former Sports Cabinet Secretary Rashid Echesa visited Deputy President William Ruto’s office over the fake deal Kenei was murdered on the day he was supposed to appear before DCI for questioning in connection with the scandal.

Echesa was charged in February with forgery in a case involving an alleged fraudulent arms deal, but denied the charges describing them as politically instigated. Echesa appeared before JKIA Chief Magistrate Lucas Onyina, where his lawyers denied documents related to the Sh39 billion case were recovered in his car. His arrest followed a complaint by two gun dealers who claimed he had swindled them Sh11.5 million they had paid as ‘consultancy fees’. They claimed the former CS had promised to use his influence to help them secure the multi-billion shilling security tender. Echesa was arrested alongside Daniel Otieno Omondi, Kennedy Oyoo Mboya and Clifford Okoth.

It also emerged that one of the American merchants keen to win the tender to supply guns and ammunition had been hosted by the former CS at Harambee House Annex Building, where Deputy President has his office.