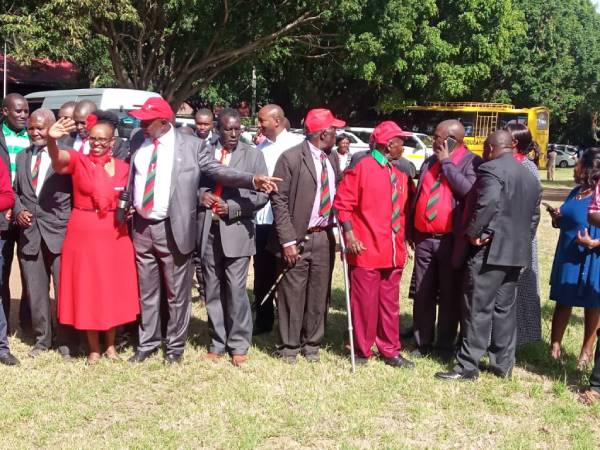 Baringo Senator Gideon Moi is hosting over 1,000 delegates drawn from the larger Mount Kenya region with representatives from at least nine counties. The delegates are at the home of the late former President Daniel Moi to condole with his family even as they deliberate on current affairs. Jane Wanjiku  a delegate from Kiambu County said their visit is also a show is their solidarity with the independence party, KANU amid heightened political debates.

"Even as we condole the family we are here to celebrate and show solidarity with the KANU party. Other parties have been at the center of tribal politics and we believe that KANU is the only party that can unite Kenyans," said Wanjiku. Peter Mwongera, Kanu chairman for Meru County branch said their main goal is to see Kenya united regardless of the distinct political ideologies. "As Meru community we desire to have a country where our point of reference shall be our nationality rather than tribal groupings. We need to stick together as we all did during the fight for independence," said Mwongera. He described the Building Bridges Initiative (BBI) as the ultimate driver to achieving national unity as it addresses issues that have always divided Kenyans. "The BBI has given us an opportunity to set a ground for the country to move forward as one. As KANU we believe in Senator Gideon as our leader and we shall follow the direction he shall give us on the BBI," said Mwongera.