Western
Members who are in Ottichilo’s camp lost their positions to colleagues who are rooting for the governor’s ouster. 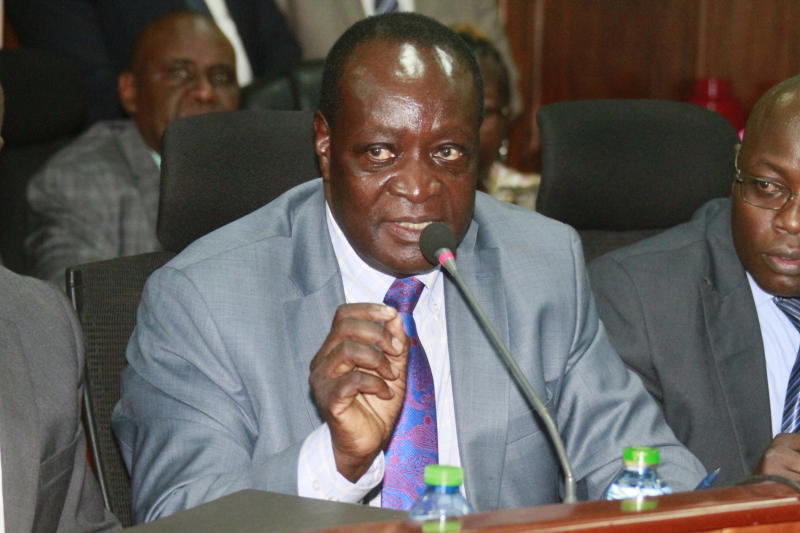 The Vihiga County Assembly has made sweeping changes to the leadership of committees as divisions in the House widen over an attempt to impeach Governor Wilber Ottichilo (right). Members who are in Ottichilo’s camp lost their positions to colleagues who are rooting for the governor’s ouster. Assembly Majority Whip Victor Ijaika said the decision “was informed by the desire to enhance the oversight roles in the House.” “We have had leadership changes in the Assembly after the selection committee sat on Wednesday to review the performance of various committees,” said Mr Ijaika. Those who were dropped are Patrick Akhwale (Lands and Planning), Peter Lukhutsa (Agriculture), Whimsy Osore (Justice), Paul Tirrah (Environment) and Manoah Mboku (Transport and Infrastructure). Ijaika said the changes “have been in the pipeline for long and only put into effect now.” “Our role as the Assembly is largely to defend the people who elected us. If there are those leaders who are lazy in their committee roles, or those who forget about their roles, it is prudent to change them so that we are not blamed by residents for sleeping on the job.” Last week, a meeting by MCAs almost turned chaotic after a heated debate on a motion to kick out the governor. During the six-hour meeting held behind closed doors, ward reps traded accusations of receiving bribes to buy their influence. The impeachment motion was, however, not tabled as expected on Tuesday this week after Ottichilo got court orders to stop his ouster, which he said would impact negatively on his reputation.