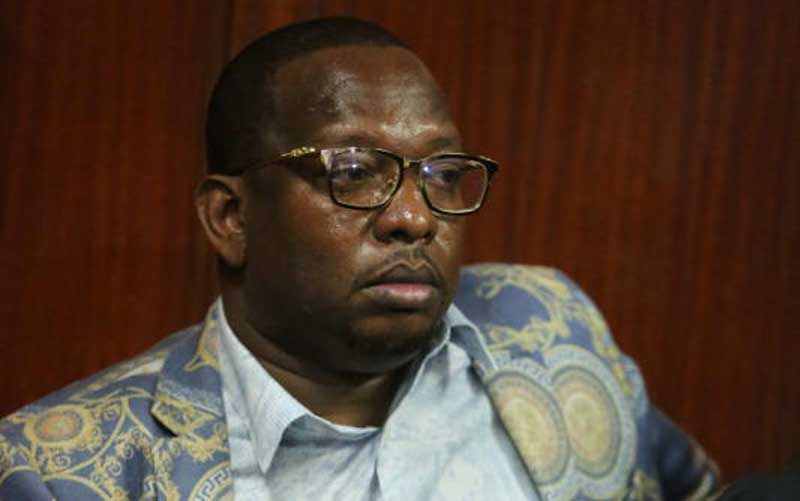 Nairobi Governor Mike Sonko (pictured) has been warned against disobeying a court order that barred him from accessing more than Sh20 million in his bank accounts. Assents Recovery Agency Director Muthoni Kimani said in a gazette notice published yesterday that the governor will be cited for contempt and sentenced to jail for not more than six months. The governor’s 10 bank accounts in Kenyan and US currencies were ordered frozen last month by High Court Judge Luka Kimaru following a successful application by the State, pending an application for the money to be forfeited to the government.

The agency applied for the accounts to be frozen on February 5 due to deposits and withdrawals made between 2017 and 2020, suspected to be related to money-laundering. For instance, the governor has three accounts in US dollars at Diamond Trust Bank’s Nyali branch in Mombasa (USD 39,446.50), Diamond Trust Bank’s Capital Centre in Nairobi (USD 7,573.03) and Equity Bank (USD 20,906.90). He has more than Sh12 million spread across his five accounts at the Equity Bank, Co-operative Bank (Sh1,161,889.29) and Diamond Trust Bank (Sh2,235,015.27). It is in one of the accounts in Equity that the agency claimed there were 35 deposits and withdrawals totaling Sh45 million between July 5, 2017 and March 2, 2019. Justice Kimaru’s order freezing the accounts was signed by the High Court deputy Registrar on February 6 and the Assets Recovery Agency told to serve the governor.