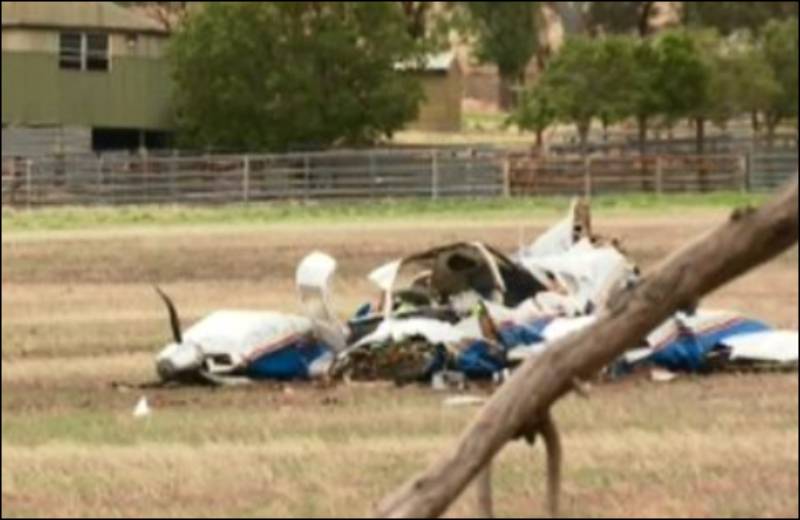 Two planes have crashed to the ground after colliding mid-air in Australia, killing all four on board.

The small aircrafts, which were both flying at around 4,000ft above sea level, smashed into one another at around 11.30am in Mangalore near Melbourne.

Two people in each plane died upon impact, the Herald Sun reported.

The Civil Aviation Safety Authority and the Australian Transport Safety Bureau have been informed of the incident.

The four people are yet to be identified.

The second aircraft was a Beechcraft Travel Air registered to a private owner at Tyabb, on the Mornington Peninsula.

The wreckage of the first plane was discovered near a woolshed and the second was found in woodland.

'It is believed two aircraft have collided mid-air before crashing, a Victoria Police statement read.

'Two occupants in each aircraft have died at the scenes.'