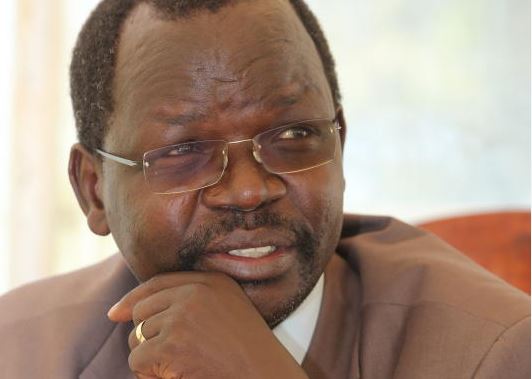 West Pokot Governor John Lonyangapuo (pictured) has described former President Daniel Moi as a visionary leader, who mentored most leaders and also defined the country’s political path. Prof Lonyangapuo attributed his success in 2013 to Moi. He contested the senatorial seat on a Kanu ticket and won. “Moi was my mentor and has been supporting my career since 2004. I also became the Principal of Chepokoilel University College – current University of Eldoret, after being appointed by President Moi,” said Lonyangapuo. He said Mzee Moi inspired him a lot. Lonyangapuo’s political journey started in 2007 when he vied for the Kapenguria parliamentary seat on a Kanu ticket but emerged third. Moi’s political legacy plays out in West Pokot County, where most elected leaders are Kanu members. The region remains a Kanu stronghold, with governor Lonyangapuo and Senator Samuel Poghisio having been elected on the Grand Old Party (GOP) ticket. The party also sponsored eight of the 20 elected Members of the County Assembly (MCAs). Lonyangapuo said the GOP’s flag still flies high in West Pokot politics. Apart from the elected party members, Kanu scooped six nomination slots, bringing to 14 the number of Members of the County Assembly. West Pokot has a total 33 MCAs. A nominated MCA Elijah Kasheusheu said Moi mentored most of the politicians in the county. “We are strategising to ensure the party remains strong in West Pokot in 2022,” he said.