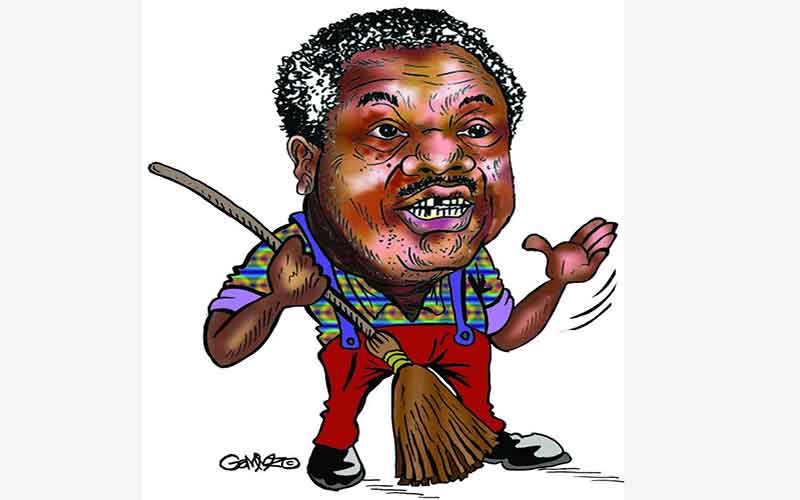 Whenever Francis Atwoli erupts on television screens or in the many rallies he holds, he makes an instant impression. His fiery moves, bubbly speeches, striking royal purple shirts, and rumbles of laughter that shake his entire frame have become defining characteristics of a trade unionist. He has positioned himself as a man of superior wisdom to whom politicians, mostly from the Luhya community, should humbly turn for guidance. “We had a meeting in 2013 where more than 50 Luhya politicians asked me to lead them. That is why I have been very vocal,” he says.

Mumias East MP Benjamin Washiali scoffs and says he does not remember such a meeting. Neither does he recall any Luhya leader telling them that Atwoli had been appointed the opinion leader of the community. Nothing new “Nobody gave him the mandate of choosing the spokesman of the Luhya community. He says he did a survey on what Luhyas want yet he is the one who commissioned the research.” says Washiali. Atwoli, the Central Organisation of Trade Unions (Cotu) Secretary General, says he has been communicating about politics for a long time, and his recent utterances on BBI agenda in Kakamega is nothing new. He also says since 2014, he has made known his sentiments on the country’s leadership. “I talk about things people are afraid of talking about. I was also the first one to talk about the need for a referendum even before BBI took off,” he says.

SEE ALSO: Race for vote-rich Luhya hots up with eyes on Oparanya, Wamalwa

Flashy, fierce and fearless are some of the words that have been used to define him. He talks about anything under the sun, but there is one thing he rarely mentions: the loss he got when he vied for Butere parliamentary seat. “If Atwoli is so powerful, why does he have to endorse a leader? Why can’t he show his might and vie?” says Farel Onyiso, a youth leader in Butere. The other thing he gets impatient about is being asked when he will retire. He has been the Cotu secretary-general for close to two decades, the longest-serving in the position. Stellar performance “Mine is an elective post. I am chosen by the people. There is an election next year and anyone who thinks I have overstayed should start preparing to vie,” he says. The validity of the process has been disputed, but he maintains that his stellar performance, such as the introduction of paternity leave for employees has made him a darling of many.

He regards people who question his long stay at the position as racists who only see it wrong when an African leads for long, but go mute when it is a white person. “Angela Merkel has served as chancellor for many years, but that is okay for many people. When it is a black man, everyone starts asking when they will retire,” he says. He does not deny that he floats in material wealth. He shows it by dishing out money, smashing brand new iPhones during TV interviews, wearing fancy jewelry, spinning luxury cars and appearing in photos at his expansive home in Kumpa, Kajiado County. Source of wealth “The money I have now is for helping the people. I do not want my family to fight over what I have when I am gone,” he says, confessing that he has supported many politicians who had nothing but potential to lead. Where he gets his money is obscure. He gets irked when people ask about his source of wealth. “I started working in June 1967. I have been working for more than 53 years. What do people think I earn?” he says. One of his greatest achievement, his praise singers say, is how he turned a wobbly membership of about 300,000 people when he became secretary-general, to more than four million members. Lugari MP Ayub Savula says Atwoli is the patron of Luhyas, and being an elder, wherever he leads, they follow.  “He is older, and he knows what is best for the Luhya community. He understands the BBI and it is time Luhyas know that their path to leadership is through BBI,” he says.  Even in old age, Atwoli’s love for fine things is obvious. On whether he plans to marry another wife, he says: “Maria is enough for now. I have Maria, and I am happy,” he says, referring to a KTN news anchor who he recently married.  He finds it disrespectful that people could even fathom to ask him about the women in his life. “Would you ask your father if he plans to marry another wife?” he says and lets out a loud laugh. For him, the true test of a man is when he is courageous enough to marry a woman he loves; even when people around him are criticising the union.  “Women should learn, there are many men my age who will just play with them and not marry them. They will confuse them and leave them. That is not right,” he says, adding that he agrees with Kiambu Woman Representative Muthoni Wa Muchomba who says men should marry as many women as they can maintain.  “Good women are few. Men should step up and marry them,” he says.