By Dominic Omondi | 3yrs ago 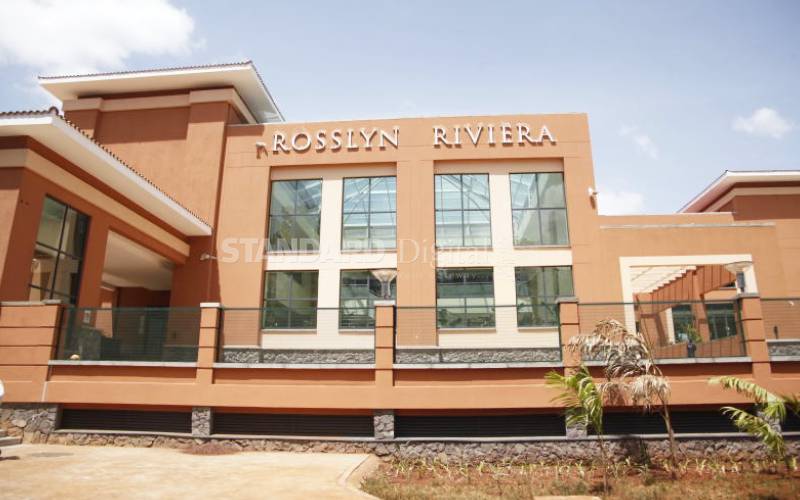 Towards the end of 2018, Knight Frank Kenya, a property consultancy firm, issued an intriguing advert on behalf of one of its clients.

It was offering free rent for six months to new tenants at Rosslyn Riviera Mall along Limuru Road. At the end of the six months, these tenants would pay half rent.

It looked like an irresistible offer for a retailer who wanted to tap into the wealthy shoppers from Nairobi’s leafy suburbs.

But by December last year when this writer visited the mall, more than half of the facility was unoccupied. But so are many other malls that have mushroomed in Kenya’s capital city.

As the hype surrounding the growth of exotic shopping complexes has frizzled out, developers have been left with burnt fingers. Most of them have not seen new tenants, and those with a few have been forced to bring down the prices.

Stanlib Income-Real Estate Investments Trust might have pinned its hopes too high when it sank the first cash it raised into Greenspan Mall.

But as the allure of shopping malls that had taken hold in the country began to fade, it left the South African-based financial provider alongside hundreds of other investors in a discomfiting financial position.

By end of 2018, Stanlib was among five cash-strapped listed companies that the capital markets regulator called out for operating below the required capital and liquidity limits. Stanlib has since announced it will sell its Kenyan operations to the Philip Ndegwa family through ICEA Lion Asset Management.

With unexpectedly lower rental fees hitting their bank accounts, developers who had taken out loans to build were falling out with lenders. Real estate’s share of non-performing loans (NPLs), loans which have not been serviced for at least three months, rose the fastest compared to the other sectors in the quarter ending June 2018.

Besides giving free space, other desperate measures to boost traffic to malls have included doling out free parking space. But they still have not been enough to rekindle the dying embers of the mall-frenzy that reached its peak in 2017.

By February last year, Knight Frank in a report admitted that there was an ‘oversupply’ of malls in some locations.

In Nairobi, save for a few established malls such as Village Market, Sarit Centre and Yaya Centre, occupancy for these new shopping centres are barely half full, according to Knight Frank.

“While cumulative occupancy for new shopping centre developments ranged at 45-75 per cent compared to 60-75 per cent in the first half of 2018 as more space opened for trading across the country,” read the report by Knight Frank, adding that rents per square foot of retail space stagnated at around $5.1 (Sh510).

There were just too many malls for a population that did not do their shopping from supermarkets, let alone buying Gucci from one of the exhibition stores.

Even in urban areas like Nairobi, less than 10 per cent of Kenyans shop in supermarkets.

By 2016, Nairobi had turned into a fighting ground for mall developers. At the beginning of 2016, Garden City was the talk of the town, described by the British-based magazine, The Economist, as the “temple of consumerism” while Nairobi was showered with praise as the city of “malls and highways.”

As a result, of the ten biggest malls in Sub-Saharan Africa, three were in Nairobi. Two Rivers Mall, Garden City Mall and The Hub were ranked second, third and fourth largest malls respectively behind South Africa’s Mall of Africa which was the largest mall in Africa with 131,000 square feet.

“Outside of South Africa, the Kenyan capital Nairobi has the greatest volume of modern retail floor space in Sub-Saharan Africa, and it continues to be a development hotspot,” according to the 2017 Africa Report by property consultancy Knight Frank.

The report extolled the manner in which “the retail property sector has been a major focus for development activity within Africa over the past decade, causing the shopping mall concept to take root in increasingly wide range of major African cities.”

By then, there were few contrarian voices. “Beyond the Two Rivers Mall expected to open by the end of this year, no further retail space will be required in Nairobi, as there will be oversupply,” noted Britam Asset Managers CEO Kenneth Kaniu in April 2016.

However, Cytonn Real Estate did not see the cause for worry, noting that while there would be an increase in retail space with the completion of the two malls by 2017, “the yields remain attractive with high occupancy rates.”

“Consumers are showing a preference for formal retail over the informal market especially due to the convenience that the stores allow them in product provision. The sector is thus headed for continued growth,” explained Cytonn in one of their retail market report.

Never mind that a study by the Kenya National Bureau of Statistics (KNBS) around the same period, 2015/16, showed that four out every five households did shopping from kiosks, general shops or open market.

Although supermarkets are the anchor tenants for shopping malls, less than four per cent of Kenyans were reported to have made purchases from these retail stores, the report found.

Around the same time, African Development bank came up with a report that showed that Africa had 300 million-strong middle class- those with some extra cash to burn, so to speak.

Suddenly, it appeared to foreign investors as though there was a gang of consumer class with a penchant for such Western brands as LC Waikiki, Levi’s and Big Square.

As malls sprung up, value addition in real estate activities peaked in 2016 growing at 8.8 per cent. A lot of money flowed into the sectors from private investors abroad, with the stock of foreign liabilities increase by more than four times from Sh69.7 billion in 2012 to Sh321.6 billion in 2017.

But there was a problem with Africa’s one-billion-strong population and its much-vaunted middle class, a Harvard Business Review article found.

For most multinationals that rushed into the continent following the Africa rising narrative, they struggle to hit revenue.

They also noted that multinationals setting shop in African underestimated the power of local factors.

Global information and measurement company Nielsen in its report: How to Navigate the Retail Distribution Labyrinth in Africa, noted that the most common shopping channel in Africa is a simple table top, which it described as “...a stand set up on the side of the road or in a local market to capture passing trade.” It advised retailers moving into Africa, to take this into consideration.

Shopping habits give a hint of Kenyans’ destitution, as millions cannot afford the luxurious goods sold in these malls. Further, a duka in the neighbourhood is as much a shop as it is a bank, with the national statistician showing that most Kenyans borrow from shopkeepers.

Moreover, even among AfDB’s middle class, there are those who the lender described as the ‘floating middle class’ – those who are not poor but who a slight disturbance can plunge into the abyss of poverty.

Kenya’s floating middle class, noted AfDB, is at 44.9 per cent, and without them, the country’s middle class would be at a low 16.8 per cent. These are the kind who get their cars on the road for the first few days after they are paid, but soon revert to matatus as they run out of cash.

Most of them, recent reports have shown, survive on credit including the ubiquitous mobile loans where they borrow from one digital credit provider to pay another.

Moreover, the prevalence of the informal sector is also working against the malls in Kenya.

There is a big informal market in this country that the middle class shop in. They buy furniture from Ngong Road, and mitumba designer clothes from stalls in Nairobi’s town centre.

There are still a few malls that are set to open this year, such as The Beacon off Nairobi’s city centre. But the shopping mall space that will be added this year and even the next will be a far cry from 2016.

Government to address passport delays- Kindiki
National
By Betty Njeru
2 hrs ago
Christine Ngaruiya: US-born Kenyan doctor teaching at Yale School of Medicine
Lifestyle
By Vincent Kejitan
5 hrs ago
Premium Why Ruto must forge a common front to rejig our ailing economy
Opinion
By Isaac Kalua Green
5 hrs ago
Babu Owino: They're now coming after me
National
By Brian Okoth
5 hrs ago
.