Kenya
Senator Moi in a demand letter to the Nation through law firm Triple Oklaw Advocates wants apology and full retraction of the text within seven days. 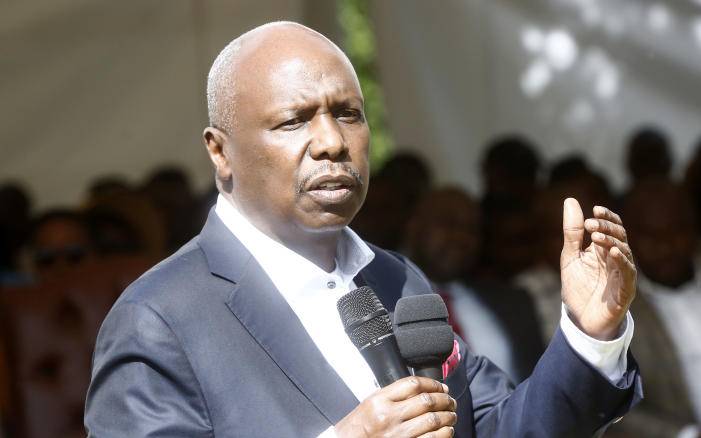 Baringo Senator Gideon Moi (above) has refuted claims that he is subject to criminal investigations by the Directorate of Criminal Investigations as reported by a local daily.  Senator Moi in a demand letter to the Nation through law firm Triple Oklaw Advocates wants an apology and full retraction of the text within seven days. The publication on January 9, 2020, under Page One headline 'Gideon quizzed by DCI in tender probe' claimed the Senator has links with two companies - Mitchell and Cotts and Nairobi Inland Container Depot (ICD) at the centre of the of investigations on the Inland Container Depot scandal.

The demand letter sent to the Nation today evening stated the article portrayed the Senator to be the shareholder and controller in Mitchell Cott and that he had been quizzed by DCI. It has further portrayed him as a dishonest state officer and a businessperson who is fraudulent.  Further, the facts were understood to mean that he has abused his office as a State Officer to influence the award of tender and or Procurement for peripheral storage facilities for the Nairobi Inland Container Depot to Mitchell Cotts. Senator Moi as per the letter denies claims that he colludes with public officers at the Nairobi Inland Container Depot to delay clearance of cargo, create business for Mitchell Cotts and make a killing from ensuing congestion of cargo. The letter states that as a result of the publication, the Senator has been brought to public ridicule, hatred, contempt, scandal and has been disgraced.

"Our client has been brought to public ridicule, hatred, contempt, scandal and has been disgraced, humiliated, subject to untold embarrassment and," read the letter.  The senator notes that the message portrayed by being summoned by the DCI for questioning is malicious and disparaging, as it depicts him as an accessory to and has aided and abetted fraud activities. "The said article was calculated to disparage our client in his character and reputation as a Senator, and State Officer and a holder of Public Office. The publication injured our client in his character and reputation as Senator," read the demand letter in part. The publication according to the letter was actuated by malice following the publication of the defamatory text of January 3, 2020, also published and given prominence on the first page.  Senator Moi is also demanding that the media house pulls down the online version of the two stories published on January 3, and January 9 on their website.

SEE ALSO: Kevin Hart admits he 'lied' about the severity of his injuries after horror crash

"We demand for immediate and unequivocal admission of liability for defamation arising from the said publication as well as a suitable and fitting apology to be approved by us and given as much prominence as the defamatory publication in the next issue of your publication and full retraction of the text and tenor of the offending article," continued the letter. The letter warns that failure to admit liability within seven days will prompt legal action.