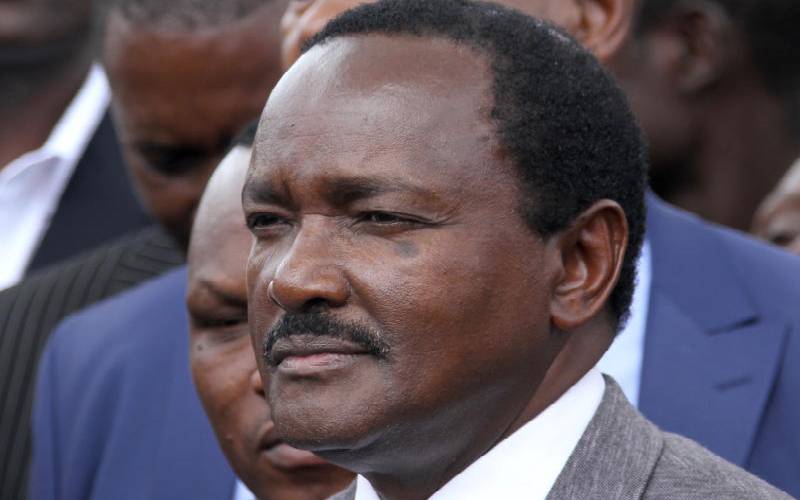 His detractors call him a watermelon. Like ANC leader Musalia Mudavadi, Kalonzo Musyoka (pictured) likes to be correct. Having spent many years in the Foreign ministry, the Wiper Party leader is the consummate diplomat. He can be politically finicky. He chooses his words carefully, being cautious not to offend.

As he enters 2020, Kalonzo will do well to recognise that President Uhuru Kenyatta's succession dynamics are about to begin in earnest. He may want to get more decisive in the choices he makes. Like Mudavadi, he needs to get streetwise in politics. At a time when Kenyans are yearning for leadership towards 2022, he has declared in public that he will follow Uhuru. “Wherever Uhuru will be, that is where I will also be,” he said. This may sound like good music in Uhuru’s ears, and a good place to be for Kalonzo. Yet, where will Uhuru be in 2022?   Kenyans expect that Uhuru will be retiring in 2022. They must begin wondering whether Kalonzo plans to retire with him.

If not, then he must polish up his act. It is recalled that earlier in the year he pleaded with the president for a job, when he offered to be the president’s “odd jobs man”. Pronouncements of this kind have not gone down well with other leaders in Ukambani, preeminently with governors Kivutha Kibwana of Makueni, Charity Ngilu of Kitui and Alfred Mutua of Machakos. Apart from wearing a more robust and decisive brand, Kalonzo, like Mudavadi, must rally the home base behind him. Kalonzo otherwise has a fairly sedate political party. You do not hear in it the kind of wrangles that have tended to rock other parties. He must watch out, nonetheless, that the party does not go to sleep. Wrangling within parties is not necessarily such a bad thing, if wrangling is the only thing that keeps it visible.

Finally, like Mudavadi, he must begin to think decisively about future alliances. Times such as the present require boldness. Kalonzo must take confident steps in this regard. He has recently disowned remarks by former Machakos Senator Johnston Muthama to the effect that they are going to work with Deputy President William Ruto. If that is the feeling, Kalonzo should own it. On the other hand, if it is not, he will need in 2020 to point out the direction to his troops. The direction cannot be following Uhuru, regardless of where he takes the Wiper party leader and his people.