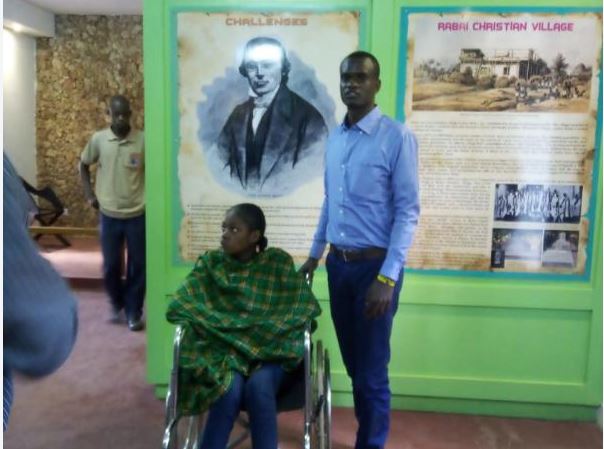 For over two years, Gloria Mudoga Kavulani was confined to a wheelchair. But Kavulani’s performance in this year's Kenya Certificate of Primary Education has caused excitement at her school and village in Kiminini sub-County, Trans Nzoia County. Kavulani scored 418 marks out of the 500, topping her class at Lamplighter School. The 13-year-old girl developed a backache while in Standard Six. Her health deteriorated and she was unable to stand or walk. She was rushed to Kitale District Hospital where she was diagnosed to be suffering from a spinal cord problem. She was later referred to Moi Referral and Teaching Hospital in Eldoret for specialised treatment. Doctors recommended that the family takes her for surgery in India, an idea that didn't materialise because of financial constraints. "She was in good health until 2017 when she developed a serious backache. And since we didn't have money, we left her in God's hands," her mother, Esnas Mudoga, told The Standard. They settled on physiotherapy at Kitale County Referral Hospital. Last year, Mudoga resolved that Kavulani would stay at home until she recovers fully. It took the intervention of the teachers to persuade her to let her daughter continue with her education as she recovered. "As a school, we intervened and bought the girl a wheelchair because she was in and out of school and we felt her situation would compromise her learning," said the school head teacher Isaac Tarus. He added: "I remember in 2018, Kavulani was absent from school for two terms and this prompted me to visit her home and persuade her parents to let her report to school.’’ Tarus said the school management went an extra mile to restructure the facilities that Kavulani was using in school. "We were forced to restructure some facilities in the school such as a special chair and construct stairs to suit her condition," Tarus said. Two weeks before the start of the examinations, Kavulani’s legs began to improve and she could stand with support. "It was a pleasant surprise to us," said Tarus. Kavulani topped her class of 56, scoring 81 marks in Maths, English (81), Kiswahili (97), Social Studies (82) and Science (77). Her closest competitor was Debra Onyancha with 411 marks. "I had lost hope. It is a miracle that I topped in the school," she said.