Wajir County disputes EACC report on graft, which ranked it most corrupt 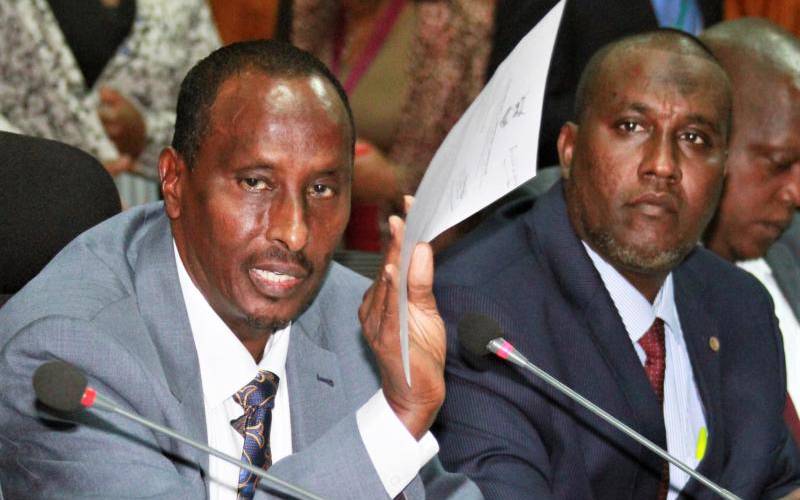 Wajir County has disputed a survey conducted by the Ethics and Anti-Corruption Commission (EACC) that ranked it as the most corrupt county. Acting County Secretary Abdullahi Hassan (pictured right) said the figures were wrong as they used services rendered by the national government to rank the county. “This is a 2018 and the sample used is not good enough to represent the views of the entire county and based on services rendered by the national government,” he said on the phone.

Hassan said things on the ground are different now and service delivery is free of charge. On Tuesday, the anti-graft agency released the results of a nationwide survey on corruption in Kenya. It showed people pay the highest bribe in Wajir to get government services followed by Kitui, Kericho, Mombasa, Garissa, Marsabit, Lamu, Kilifi, Kakamega and Nandi Counties. The survey shows Makueni, Tana River, Elgeyo Marakwet, Nyamira, Kisumu, Embu, Homabay, Baringo, Isiolo and Samburu as the least corrupt counties. According to the EACC report, which was conducted from 16th November to 19th December 2018, the government department which receives the highest number of bribes is the Registrar of Persons with a score of 19.9 percent of all bribes given by Kenyans.

Obtaining a tender (88,294.83), seeking employment (23,344.53) and seeking government funds (22,283.56) are the three largest avenues where Kenyans have to dig into their pockets to obtain government services. About 94.2 per cent of Kenyans do not report corruption practices with 5.8 percent choosing to report the vice.?