ODM ready to welcome Malala if ANC kicks him out

Politics
Orange Democratic Movement will welcome Kakamega Senator Cleophas Malala in the event he is kicked out of Amani National Congress party. 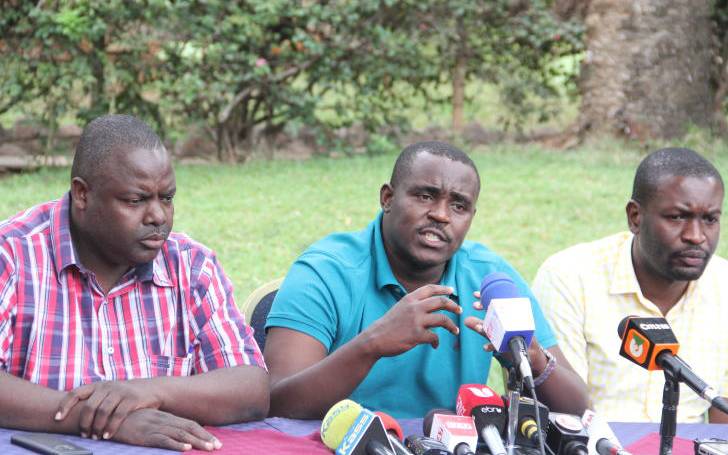 Orange Democratic Movement will welcome Kakamega Senator Cleophas Malala (centre) in the event he is kicked out of Amani National Congress party. ODM Secretary General Edwin Sifuna said Mr Malala joining them will be a win for the party and asked ANC party leader Musalia Mudavadi not to direct his anger to other people after his candidate lost in Kibra. He said the wars advanced by ANC party towards Malala for campaigning for their candidate in the Kibra by-election recently are targeted at Raila Odinga, who has vowed to stand by him.

“As the party secretary-general, I already have your direct ticket in the event that a by-election is declared in Kakamega. It will be a pleasure if you join our party,” Mr Sifuna said. He spoke at Cheptulu Salvation Army in Hamisi Sub County in Vihiga County, where he was accompanied by Vihiga Deputy Governor Patrick Saisi, Nominated MP Godfrey Osotsi and Malala. The leaders vowed to beat Musalia Mudavadi’s ANC party if they go a by-election in Kakamega. Last week, ANC party communicated to have suspended Malala from the party, a statement that Malala said he is ready to go for a by-election any time if the party succeeds in its bid. Mr Osotsi told Malala not to waste time going to face the ANC disciplinary committee if he is summoned.

“They have been fighting me for the past many years wanting me to leave the party but they have not been able to succeed. They have been defeated sending me out of the party and now want to go for Malala. They will not succeed,” he said. Malala asked Mudavadi to avoid making mistakes that jeopardise his bid for the presidency by fighting people who have been his staunch supporters. “ANC party has been made to look like a Luhya outfit and that is why Mudavadi has failed to attract other leaders nationally to support his bid. Even in his county, he has failed to produce a governor for two terms now,” he said.