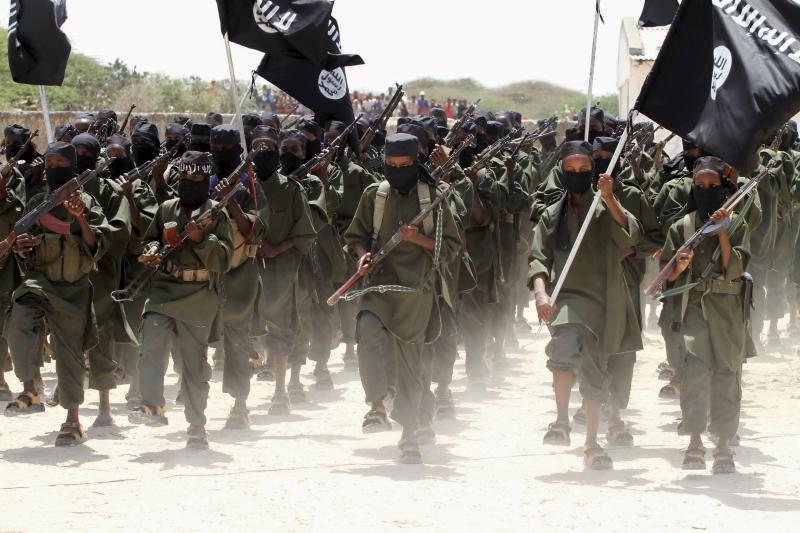 The largest mobile telephone network company in Somalia has been accused of funding and providing logistical support to Al Shabaab. The alleged link between Hormuud Telecom and the militants is detailed in a 50-page report published by the International Policy Group last month titled ‘Reaping the Whirlwind’. Hormuud has refuted claims that it pays in excess of $200,000 (Sh20.5 million) monthly to the group. “That in turn has enabled the company to penetrate and set up business in areas under Al Shabaab control, enjoying complete monopoly of mobile communication services under the protection of the militants,” says the IPG report. The alleged collaboration with Al Shabaab has reportedly dented the company’s name and exposed it to attacks by other militant groups. It further states that Hormuuds corporate capture and influence in Villa Somalia, its interest to expand business into Southern Somalia and Northern Kenya and its symbiotic relationship with Al Shabaab provides the larger context of its blistering campaign against the Amisom. Attacks on masts From the Al Shabaab protection, Hormuud allegedly makes a fortune by monopolising the telecoms industry while the militants receive huge taxes and access to its technology in return, guaranteeing them power, wealth and survival. Hormuud has in the recent past complained about attacks on masts allegedly by the Kenya Defence Forces in the Gedo region, but the IPG says its campaign against Amisom shows its involvement in acts of terrorism. “Its assault on the peace keepers coincided with the escalation of the attacks by an increasingly bold and stronger Al Shabaab since early this year,” says IPG. Interestingly the company was quick to blame Kenya for the destruction of its masts, when Al Shaabab was also destroying Safaricom masts. The report cites a case in September, when Hormuud was accused of sponsoring Al Shaabab insurgents to destroy 13 Safaricom base station masts at Jabi in Mandera in what was perceived as a retaliation against Amisom forces for allegedly destroying its masts in the Gedo. It further accuses the company of using Al Shabaab to shut out Kenyan telecommunication companies 50km into North Eastern. It further claims that Hormuud was adversely mentioned in the 2018 UN Security Council Report as the financiers of Al-Shabaabs deadliest attack in Mogadishi which killed 582 people in 2017. The tele communication company allegedly solicited the support of the Federal Government of Somalia which condemned the KDF attack on its masts in a statement on August 25. Highlighting the reach of Hormuuds corporate strategies, the officials are said to have traveled to Washington and enlisted the support of US Congresswoman Ilhan Abdullahi Omar. She tweeted asking the Somali government and the peace keepers to protect Hormuud and described the company as a key investment in Somalia. The campaign is said to have backfired after drawing media attention to a 2018 UN Security Council report which revealed that Hormuud was founded by one of Al Shabaabs chief financiers. They say two of the company’s employees were also prosecuted for facilitating the terrorist attack in Mogadishu which killed 582 people. They were accused of allowing cars loaded with bombs to enter the town through the Sinka Dheere checkpoint in the outskirts of Mogadishu But Hormuud Communication Officer Abdillahi Mahmoud maintains that the company has never sponsored Al Shabaab (see separate story). The report also traces the rise of Hormuud and its entrepreneurs in Somalia’s telecoms market. It reveals that the firm’s radical shareholders support Al Shabaab while the moderates are pushing for stabilisation and reconstruction of Somalia. Al Shabaab reportedly used Hormuud services in its counter intelligence operations, closely monitoring activities of the company especially when investigating potential spies. The report describes how militants scrutinise the phone date of suspected spies. This has seen the terror group arrest and kill thousands of people it accused of spying leading to the conclusion that Al Shabaab has control over Hormuud. The report says Al Shabaab regional head of finance Mohamed Nuur was killed on March 30, 2018 in Hiran during a joint Amisom and SNA operation. Revenue and expenses The forces recovered ledgers detailing the groups revenue and expenses in Hiran between October 2014 and March 2018. The accounting system showed that the group used EVC Plus mobile money platform provided by Hormuud to transfer funds in US dollars and Somali shillings. IPG writes that: “Al Shabaab is more than just a terrorist group because in 2011 its annual revenue was in the region of 70 to $100 million a year and in 2018, the President of the Somali Chamber of Commerce confirmed that Al Shabaab collected an estimated $20 million from Southern Somalia alone and as of mid-2019 it was estimated its revenue stood at $300 million per year.” It adds that the group has perfected a revenue collection system that dwarfs that of the federal government in its reach, effectiveness and ruthlessness.