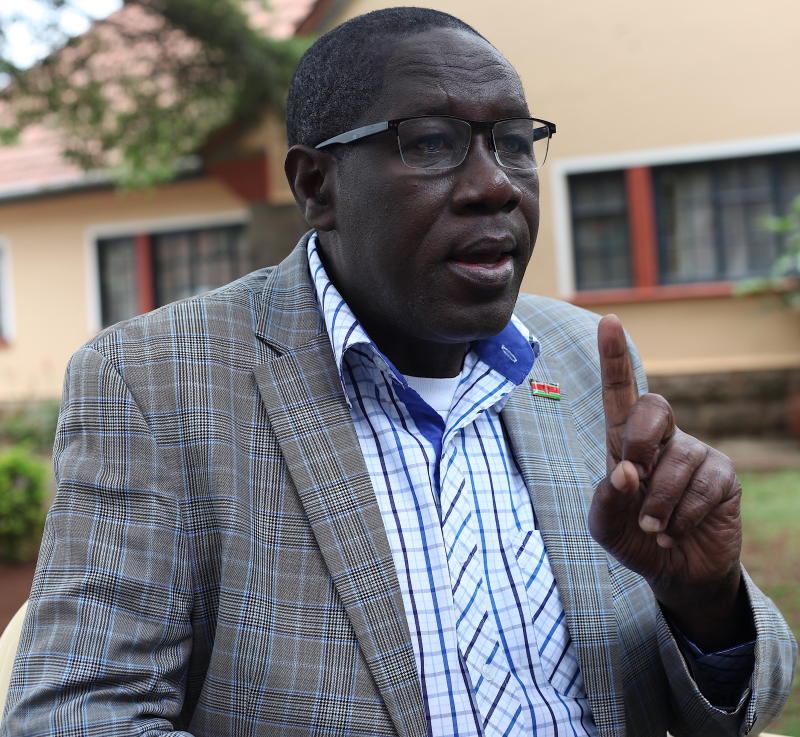 Reinstated Communication Authority of Kenya boss Francis Wangusi (pictured) is like the mythical cat with nine lives. Mr Wangusi has defied all odds to be at the helm of the Waiyaki Way-based State agency for eight years and when everyone thought they had seen the last of him, the court has brought him back in what is likely to be another long tenure given the duration it will take to recruit his successor. Ironically, he became the CA Director General through the court in 2011 and it is the same court that has kept him at the top despite several attempts to oust him.

It has been an eventful 37 years for the trained engineer in space sciences in the telecommunication industry where he created friends and enemies, and won several accolades, which include Moran of the Burning Spear medal which he got in December 2013. Defied the orders In an interview with The Standard in September, Wangusi told of the battles he has gone through to transform the State agency. During the 2017 General Election, he claimed to have received a call from a senior government official to contribute funds to the State campaign machinery. He refused and a few months later, he was suspended and sent on compulsory leave as CA board of directors allegedly conducted investigations into some of the hiring decisions he had made. As had been his norm, he rushed to court and obtained orders blocking the suspension. He however reached an out-of-court agreement with the board and he was allowed to serve till the end of his term.

Last year, the President is said to have directed Wangusi to give Sh1 billion to the Department of Criminal Investigations (DCI) from the authority’s budget but he again defied the orders and stood his ground that the DCI has its own budget. The CA director is proud of several developments he oversaw during his time at the authority even as he made enemies among stakeholders, including media owners. During the digital migration in 2015, the government through the CA and then ICT Cabinet Secretary Fred Matiang'i switched off three main broadcasters in a bid to force them to transfer their signals from analogue to digital. But Wangusi said he has no regrets over the hardline stance the government adopted during the three-week shutdown and says the industry is today better. Controversy has been part of his reign. In 2016, he fell out with the CA board members who accused him of soliciting bribes from Airtel to enable them deliver a favourable verdict on Airtel’s application for a 4G licence renewal. Wangusi's wars with media houses resurfaced in November 2017 when he ordered them not to air live the confrontations between the police and supporters of former Prime Minister Raila Odinga. He also rubbed the public the wrong way when he mooted plans to tap phone conversations between individuals, but the court came in handy and declared the move as unconstitutional. As he takes back the hot seat courtesy of the court order, the battle-hardened engineer will only hope that it will be a smooth ride until his successor is competitively recruited.