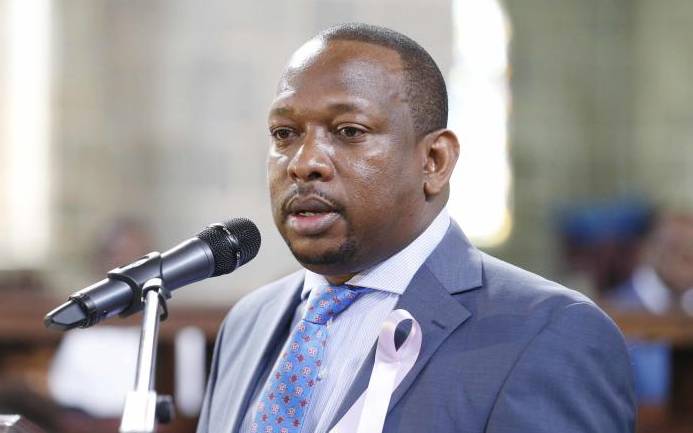 Nairobi Governor Mike Sonko (pictured) has moved to court to stop the Ethics and Anti-Corruption Commission (EACC) from investigating him over corruption allegations. In his application, the governor claims that he is being persecuted for standing in the way of land grabbers who wanted to illegally acquire public land in Mugoya Estate in Nairobi, and for questioning the fraudulent transfer of Integrity Centre to EACC. Through lawyer Cecil Miller, Sonko claims that the commission’s director of investigations Abdi Mohamud is the mastermind of his tribulations.

“Mohamud and his associates and colleagues at EACC have unreasonably initiated malicious investigations against the governor due to his uncompromising stand in zealously stopping the grabbing and fraudulent transfer of public properties within Nairobi County,” said Miller. Miller argues that EACC has shown open bias, favouritism, discrimination and unprofessionalism by summoning Sonko four times in a span of three months to answer questions relating to corruption and economic crimes in the county.

He claims that the commission has failed to investigate complaints the governor reported to them, and instead chosen to protect their cronies, relatives, friends and close associates involved in the land grabbing scandals. “The investigators are abusing their offices by serving partisan interests, initiating frivolous, unjustified, unwarranted and baseless allegations and complaints against the governor to settle scores for his unwavering determination to expose land grabbers,” says Miller. In his affidavit, Sonko stated that his tribulations with the EACC started in 2014 when residents of Mugoya Estate reported to him that an employee of the county had grabbed public land and sold it to a businessman.

He swore that instead of taking up the investigations, the EACC director of investigation used the information to allocate the land to himself and his personal friend. “They purported to commence belated investigations into the complaints sometime in August 2018 due to the persistence and pressure that I and the residents of Mugoya Estate put on the commission, and after realising we were resolute to seeing the matter investigated,” he swore. The governor is seeking a declaration that his rights have been violated and a permanent order stopping EACC from continued investigations or prosecution relating to corruption and past criminal records.