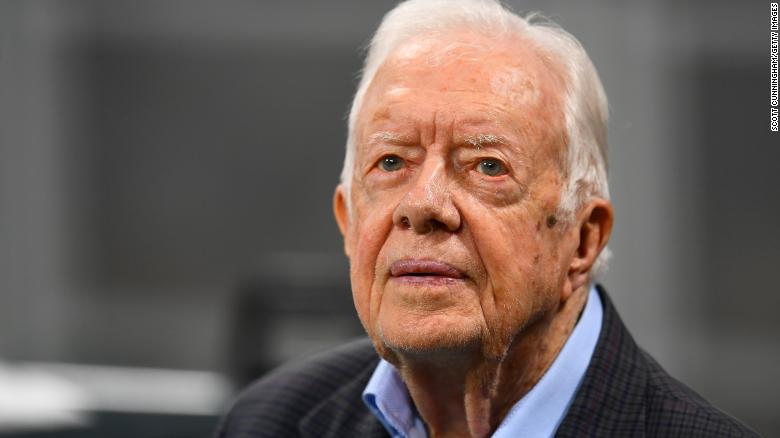 Former US president Jimmy Carter (pictured) was hospitalized on Monday for a procedure to relieve brain pressure after recent falls, The Carter Center said. The 95-year-old "was admitted to Emory University Hospital this evening for a procedure to relieve pressure on his brain, caused by bleeding due to his recent falls," The Carter Center said in a statement, adding that the procedure would take place on Tuesday morning. "President Carter is resting comfortably, and his wife, Rosalynn, is with him," it said.

SEE ALSO: WHO reports record daily increase in global coronavirus cases, up over 230,000

He was hospitalised for treatment after suffering a fractured pelvis due to a fall in October. President from 1977 to 1981, Carter also injured his head in a fall earlier in the month, but turned up the next day to volunteer at a Habitat for Humanity site with a black eye and a bandage covering 14 stitches.