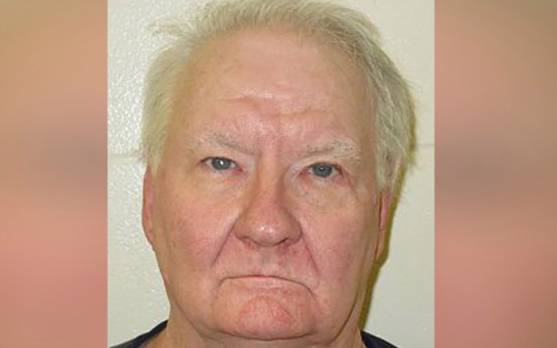 An Iowa inmate sentenced to life without parole has unsuccessfully argued in court that he should be freed because he “momentarily died” and was resuscitated when he was in the hospital four years ago. The novel legal argument came to light this week when the Court of Appeals of Iowa denied an appeal for inmate Benjamin Schreiber (pictured), who has been in prison since he was convicted of murder in 1997. “Schreiber is either still alive, in which case he must remain in prison, or he is actually dead, in which case this appeal is moot,” the court wrote. The legal question arose in March 2015 when Schreiber, 66, suffered from large kidney stones which led to septic poisoning. After falling unconscious in his prison cell, he was taken to a local hospital where he was resuscitated five times. Surgery was performed, and he was treated with antibiotics, according to court documents. In 2018, Schreiber applied to a state court for release, arguing that he had “momentarily died” at the hospital and therefore fulfilled his life sentence. He said he was resuscitated by medical staff against his wishes and that he was sentenced to life without parole, “but not to life plus one day.” After the state’s motion to dismiss the case was granted in district court, Schreiber appealed. The appeals court said it did not believe lawmakers intended for the law dictating sentencing for the most serious felonies to be read as if defendants should be freed whenever medical procedures during their incarceration lead to their resuscitation by medical professionals. Schreiber was sentenced to life in prison without parole for bludgeoning John Dale Terry to death in Agency, Iowa in 1996.