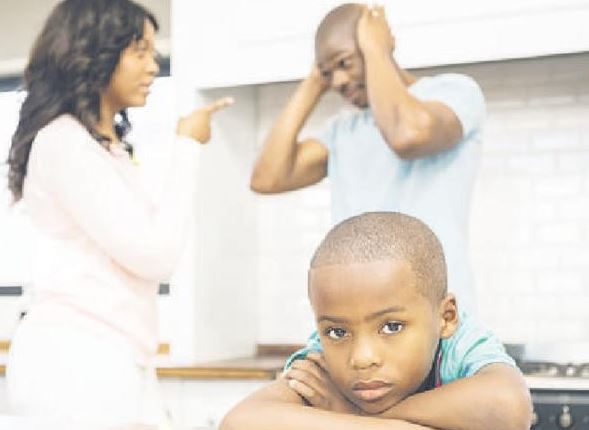 Murang’a Senator Irungu Kang’ata has come up with what he considers a solution to the problem of deadbeat fathers, who intentionally fail to pay child support. He is proposing an amendment to the Children’s Act, to mete harsh penalties against errant fathers who default on child support payments. When I looked at the senators’ proposals, I was not sure whether to laugh at his naivety or cry at his out-of-touch stance on matters that really affect Kenyan women and children. I found it amusing that he imagines a policy change will affect the way men behave. I wondered why he did not realise that as a society, we are not that scared of penalties, that is why we still break traffic laws, why corruption is rampant, why we evade taxes - the list is endless. He should know better: that no simple law will fix the deadbeat dad problem, only serious behavioural change can. Instead of changing the law, I suggest the good senator should lobby for some sort of funding to educate men about what fatherhood responsibility really means. You see, Kenyan men are like all other male species - procreation comes naturally to them since they are all about spreading their seeds. In the same vein, parenting (the hard work of raising children to maturity) does not come naturally to our men. This is the reason most Kenyan men consider I-want-you-to-get-pregnant-for-me as part of their seduction toolkit. Kenyan men drop this line so easily and swiftly every time they meet a woman they fancy. For reasons I am yet to understand, many women fall for this line. I am willing to bet my last dime that this line has contributed to a majority of deadbeat dad situations today. Therefore, instead of amending the law, Senator Kang’ata should invest in seduction classes for our men - with this line being forever expunged from men’s tuning repertoire. Procreation responsibility He could also run a parallel class for women, where he bans them from giving the he-told-me-to-pregnant-for-him  excuse for unplanned pregnancies. In my view, the “pregnant for me/him” phrase is more detrimental to our country’s growth than bora uhai. A second thing that the senator should consider is teaching men to accept some form of responsibility for contraception. Men have led themselves into believing that all procreation responsibility rests with women. That is why they easily fall for the line, “I am safe,” as they explore their pleasure pursuits totally unsheathed. They then express shock and displeasure months later when the said women shows up and declares that, “We are pregnant.” There are also those men who still hold on to archaic myths and views about not eating ‘wrapped sweets’ and shun condoms, despite the fact that these are widely available. The support cast for the anti-condom brigade is the anti-vasectomy crew. These are the men who baulk at the mention of the word vasectomy. They see vasectomy as a violation of their rights. These men like to claim that they are done with having children, yet they will let no one ‘neuter’ them. They consider vasectomy as an affront to their manhood, yet it is relatively painless, does not impair their ability to give and receive pleasure, and - I hear - it is cheap. More importantly, vasectomy is the most effective way to deal with the problem of deadbeat fathers. The above phobias and imaginary excuses are the reasons men are making so many babies with so many women. No form of legislative action can correct this.  Unplanned fatherhood Senator Kang’ata should invest his time and resources in getting men to sheath every time they ‘report for duty,’ or tie their ‘tubes’ and ignore ‘reassurances’ from women that, “I am safe.” This is the only way to manage this deadbeat plague. Another thing the senator could help our men with is teaching them how to manage unplanned fatherhood.  Many men become aggressive and behave in weird ways whenever they are informed that they will be fathers, as if they don’t know that is expected from unprotected sex. Some of them fail to take up their responsibilities because they want to ‘punish’ the baby mamas. Often, it is not a question of ability to pay, but rather refusal to pay. These men should be taught to separate parental responsibility from baby mama punishment. No child should be punished for mistakes or misdeeds of two  adults. Senator Kang’ata, it is possible that you mean well, it is also possible that you are trying to woo female voters. But your proposal will have zero impact. If you want to deal with problem of deadbeat dads, advise men to sheath it, do the right thing and pay for their mistakes. -  [email protected]