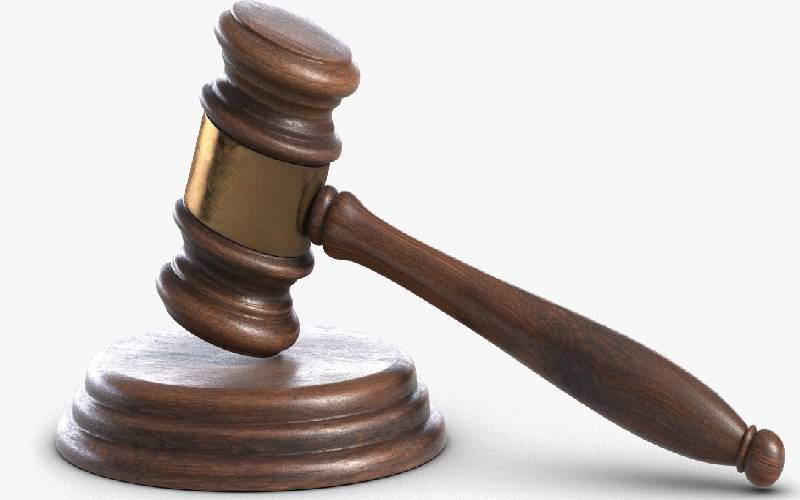 A man’s attempt to inherit the lion’s share of his father’s estate at the expense of his siblings has flopped. This after the Kakamega High Court established that Eliud Imbisi Lugadiru concealed material facts while seeking letters of administration. Mr Imbisi had moved to court on January 23, 2013 after his father, Festo Lugadiru Abukira died on July 14, 2010. He sought orders to distribute the property, Kakamega/Mautuma/188, which measured 15.6 acres. Imbisi applied to inherit 4.8 acres of land and proposed that his six brothers each get 1.8 acres. He told the court this was in line with his father’s Will in which his two sisters had been omitted from the list of beneficiaries. He produced a Will dated November 25, 2005 showing that it was their father’s intention to gift him a bigger parcel of land because he had made a Sh210,000 payment to offset a bank loan taken to buy the land. Imbisi was handed the letters of administration on July 29, 2013 but on October 10, 2014, his brother, Sossines Livoyi, went to court seeking orders to reverse the ruling. Mr Livoyi accused his elder brother of acting in a ‘dictatorial’ manner, saying the family had never elected him as the estate’s administrator. He told the court that his father had not left a Will and he was seeing it in court for the first time. Livoyi argued that Imbisi wanted to create squatters in the family and asked for the property to be shared equally among all the nine siblings. Landless sister His sister, Emily Makungu Shibutse, also said she was not aware of any will. She told the court that all the children had contributed to help their father service the loan. Habby Musoga, another brother, said one of their sisters, Hellen Musivogi, was landless and would suffer if she did not benefit from the estate. Mr Musoga said that he, Livoyi and Ms Makungu had helped their father repay the loan and that Imbisi had only contributed towards the end of the repayment period. He accused Livoyi of grabbing seven acres and asked the court to order that the property be shared equally, even if it meant refunding part of the loan payment made by Imbisi. Judge William Musyoka said there was mischief in Imbisi’s application to acquire the largest portion of land and at the same time seek to be the administrator without consulting his siblings, in violation of the law. “The administrator has proposed a mode of distribution in which he has allocated himself a disproportionate larger share of the estate compared to his siblings because he had participated in salvaging the asset from the hands of the financier,” said Justice Musyoka. He continued: “I am not aware of any law to the effect that where a child assists a parent to settle debts, the child is entitled to a bigger share of the estate upon the parent’s death. The property in question is the estate of the deceased and the child can only claim reimbursement of the expenses incurred saving the property.” Justice Musyoka also said that the existence of the Will was not proved. “The daughters of the deceased are not catered for. He died when the law of succession had come into force. The Act doesn’t discriminate against sons and daughters, whether married or not. Failure to provide for daughters in the distribution proposed by the administrator means there is non-compliance with the Constitution, which is the supreme law.” The judge revoked the grant of letters of administration issued to Imbisi and issued fresh ones which included Livoyi and Makungu as joint administrators. He directed that the grant issued to the three be confirmed within 45 days. The parties were also granted 28 days to lodge an appeal if dissatisfied with the orders.