More than 100 elephants die in Botswana in suspected anthrax outbreak

Africa
More than 100 elephants have died in Botswana in the past two months partly because of a suspected anthrax outbreak, the government said. 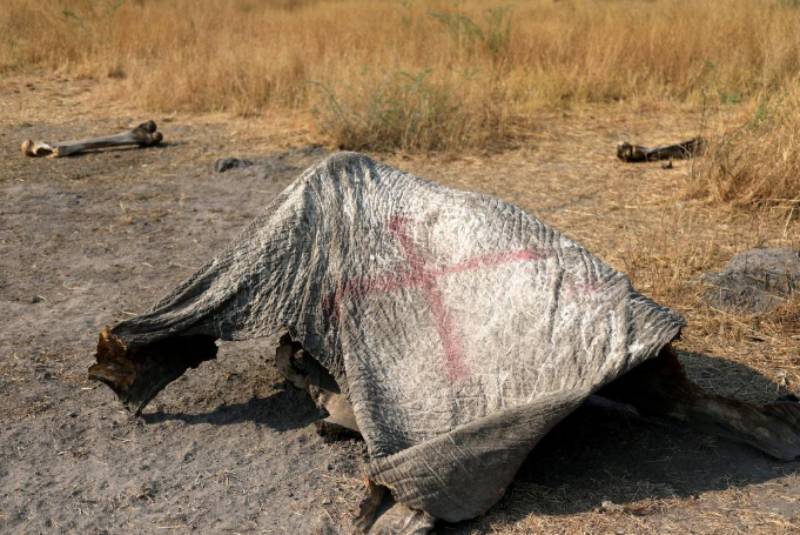 More than 100 elephants have died in Botswana in the past two months partly because of a suspected anthrax outbreak, the government said on Tuesday. “Preliminary investigations suggest the elephants are dying from anthrax whilst some died from drought effects,” a Department of Wildlife and National Parks statement said. “Due to the severe drought, elephants end up ingesting soil while grazing and get exposed to the anthrax bacteria spore,” it said.

Elephants Without Borders said an aerial survey showed fresh elephant carcasses increased by 593% between 2014 to 2018, mostly from poaching and illegal hunting, with drought also a contributing factor. The wildlife authority said the latest deaths were in the Chobe River front and Nantanga areas in northern Botswana, where 14 dead elephants were found this week. It said it would be burning the carcasses to prevent the anthrax infection from spreading to other animals. According to the Centers for Disease Control and Prevention in the United States, anthrax is a bacteria found naturally in soil and commonly affects domestic and wild animals when they breathe in or ingest spores in contaminated soil, plants, or water. Anthrax is not contagious and humans can only get infected by ingesting the bacteria. It can be prevented in animals via regular vaccination. Botswana is home to almost a third of Africa’s elephants, around 130,000. Botswana has lifted a ban on big-game hunting to combat a growing conflict between humans and wildlife. Botswana and its neighbors in southern Africa are experiencing a severe drought because of below-average rainfall since an El Nino weather system struck in 2015.